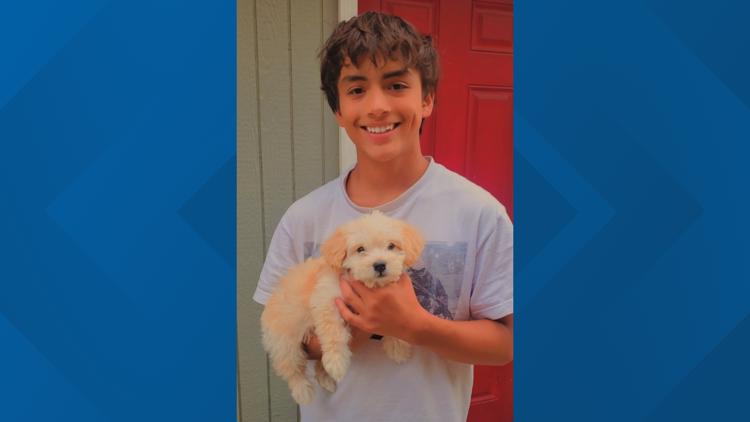 “He said to me, ‘Hey mommy. I love you so much’ and those were his last words to me,” said Margarita Flores.

AURORA, Colorado – Younger children are being hit by the opiate epidemic.

On Wednesday, 13-year-old Jose Hernandez was found dead at his home.

According to his family, it appears to have come from an accidental overdose of fentanyl. Jose entered 8th grade at Aurora Hills Middle School this week.

“Jose, he was such a good kid. He was always smiling,” said Margarita Flores, Jose’s grandmother.

She will always carry her grandson’s smile in her heart.

She said, while her son translated, that Jose is a respectful, sweet boy who does well in school and likes to skateboard.

“I went downstairs, he said to me, ‘Hey mommy. I love you so much’ and those were his last words to me,” she said tearfully.

The next morning, Flores woke up early to make lunch for her husband, as she always does. She noticed that the bathroom light was on, but when she knocked, no one answered.

“I opened the door. I saw Jose leaning against the sink and I moved him and he didn’t answer me,” she said. “He wouldn’t move or give me an answer.”

Jose’s family called 911 but it was too late. He was already gone.

“There was no hope for my little child. He knows that I love him and that I will always love him,” she said. “I miss him so much. How I wish he could come back to us.”

“Right next to him was a lighter and a small plastic tube. I believe the detective told us later that day that they found foil paper in his pocket. His veins were like purple and his arms were just cold,” Hernandez said. “I just wish they could do more about it and just stop doing it because it’s just getting out of control.”

He said his nephew is not a bad kid, he loves meeting new friends and making them feel like part of the family.

“I would just say to parents, keep an eye on your kids, if they’re sad or depressed or something, help them, you know?” Hernandez said. “I know my nephew wasn’t depressed or anything, but maybe he was a curious kid and wanted to try it.”

Hernandez said his nephew is like a son to him as he has helped raise him since Jose was just three years old.

“It’s going to feel weird without him,” he said. “We will remember him here. He will always be in our hearts.”

Jose was a big brother to two younger siblings, Miguel and Christian. Hernandez and Flores said the boy’s mother was deported in 2013.

“All I ask is that I just want help for my daughter. Hopefully a visa,” Flores said. “We’re looking into that, but we’re trying to apply for parole on humanitarian grounds to see if she can return to the United States to say goodbye to her son.”

The family created one Online fundraiser to help them pay for funeral expenses.