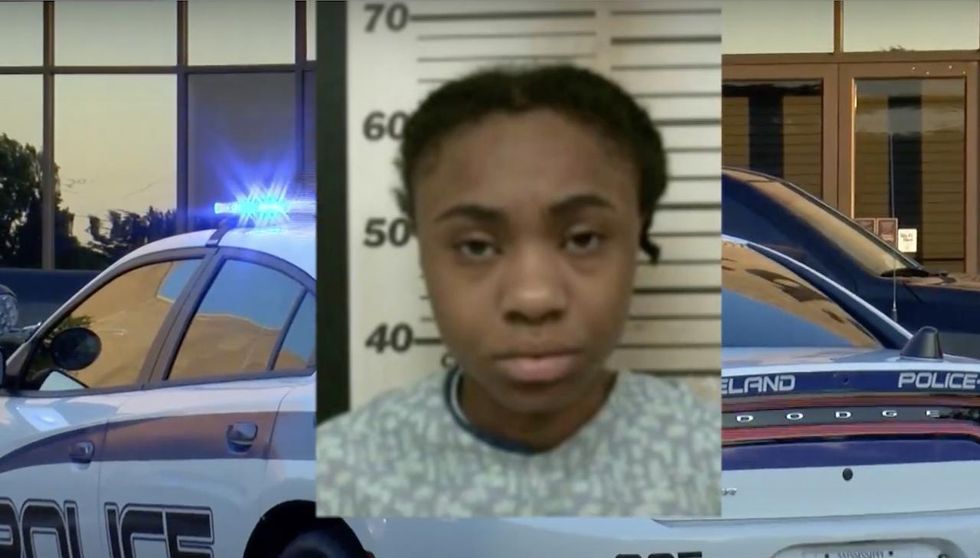 Police said a 16-year-old girl pulled a gun on a popcorn shopkeeper at a Mississippi mall on Saturday – but the shopkeeper also had a gun and shot the girl in the leg, in what police say was an act of self-defense.

The suspect – Za’Lill D’Chelle Patterson – was charged with aggravated assault with a gun and thrown behind bars. WLBT TV reports. She is also charged as an adult.

Authorities told the station that around 5:20 p.m. Patterson pointed a gun at the storekeeper at Northpark Mall in Ridgeland in an attempted theft.

But Ridgeland Police Chief Brian Myers told WLBT the shopkeeper fired first and punched Patterson in the leg, after which she was taken to a hospital for treatment. Police said no one was injured, the station reported.

Patterson was being held at the Madison County Detention Center, the station said.

said WJVT-TV Patterson – who is from Jackson – is charged as an adult in the case, and her bail was set at $200,000 in Ridgeland Municipal Court on Monday. Patterson is also required to wear an electrical monitor, WJVT reported.

Police said the shopkeeper was questioned and fully cooperated with the investigation, WLBT reported, adding that no charges had been filed at the time.

The mall closed after the shooting but was open again the next day, WLBT reported in a separate story about the response to the incident.

Cathy Courtney told the station she was at the mall with her 15-year-old when gunshots rang out.

“It was multiple shots and we all froze,” Courtney told WLBT. “We all kind of ducked, and people started running. An employee hid in the bathroom. I mean, people were scared for their lives.”

Courtney told the network she was really scared after realizing that her daughter and her daughter’s boyfriend were no longer with her.

“My daughter said she stopped running. She just started running in the opposite direction and her boyfriend followed her,” Courtney added to WLBT. “They could run to the other side and come out through the mall entrance at the other end.”

Courtney also told the broadcaster that she was “just grateful to be here and grateful that my kids are alive.”

https://www.theblaze.com/news/girl-16-pulls-gun-on-store-owner-who-shoots-teen 16-year-old girl pulls gun on popcorn shop owner in attempted theft, police say But the owner is also armed and shoots girls in the leg – then books are thrown at girls.

cost of living? Prepare for the labor cost crisis • The Register