People couldn’t stop discussing “TÁR” and there has been a lot of talk about “Women Talking”, but the race remains open.

Does this look normal? A year after Telluride released King Richard, Belfast and Power of the Dog, the festival was a quieter affair with fewer stars and more sophisticated films. It’s also the year the Academy reinstated its theatrical requirements for Oscar eligibility — and in 2022, it’s harder than ever to get theater audiences to challenging films.

Existential challenges aside, festivals are already finding their favorites and several titles will continue to expand their presence with stops in Toronto, New York, London and more. Here are some of the key narratives set to grow over the coming weeks.

The best picture is wide open

A year ago, Venice and Telluride launched The Power of the Dog, The Lost Daughter, Belfast, and King Richard. Eventual winner “CODA” lurked in the background as Apple prepared to re-introduce the film that won Sundance earlier this year.

Among this year’s front runners is Todd Fields’ ‘TÁR’, which had a rave premiere in Venice and became the most talked about and debated film at Telluride. Audiences couldn’t stop scrutinizing this layered, slow-burning look at the demise of a privileged artist. Sarah Polley’s Women Talking was also well received, if not as widely accepted, for its intelligent and haunting portrayal of religious women debating whether to flee the men who raped them. These films are not passive viewing experiences but will rise in importance in important categories from their scripts to their stars.

The Whale premiered in Venice and was enthusiastically received by its star Brendan Fraser, but Darren Aronofsky’s film received a more muted response. “Till” and “She Said” follow, both of which premiere at the New York Film Festival. Another potential dark horse contender is A24’s The Inspection, which premieres in Toronto.

Steven Spielberg’s personal saga The Fabelmans also hits TIFF next week, and Damien Chazelle’s jazz-age drama Babylon still has no festival date ahead of its December 25 release. David O.Russell’s Amsterdam, due for release on October 7, skips the festival route altogether.

Academy voters looking for a more approachable crowd pleaser of the “CODA” variety may need to focus on early favorites and box office hits “Top Gun: Maverick” and “Everything Everywhere All at Once.” This fall will also see Disney’s “Wakanda Forever” in November, followed by “Avatar: The Way of Water” in December.

“Don’t Worry, Darling” may have a shot at box office thanks to viral coverage of its numerous homicidal feuds, but it’s a mess most remembered for the visible tension between its cast at their seats in Venice premiere . However, the craftsmanship contributions remain impressive and Florence Pugh deserves accolades for her solid performance in difficult conditions. She has a better shot at an award for director Sebastian Lelio’s historical drama The Wonder, a sleek little Netflix drama that probably won’t win the Best Picture race. 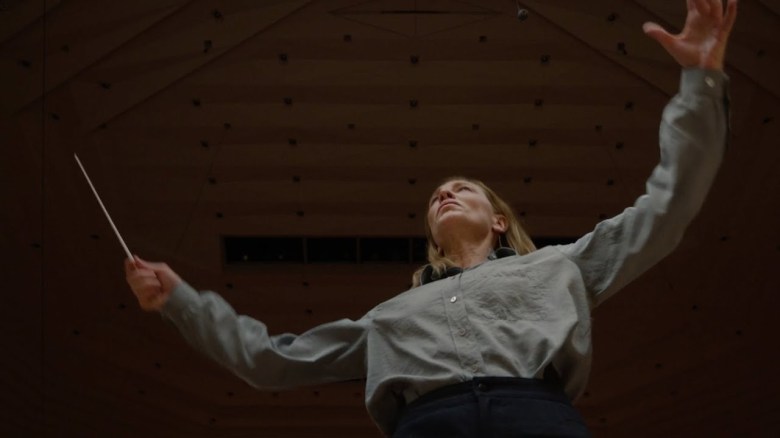 There couldn’t have been a better theme for Telluride’s tribute this year than Cate Blanchett, whose twist on “TÁR” is an undeniable masterpiece that kept the festival in suspense for days. The festival may have introduced other best actress contenders (see: Empire of Light’s Olivia Colman), but none made quite the impact like Blanchett’s collaboration with Todd Field. Capturing the audience’s attention for a two-hour, 38-minute feat is a singular achievement, and Blanchett benefits from letting the role speak for itself. As the film deals with thorny contemporary issues like Cancel culture, it will be a promotional minefield that the actress will have to carefully navigate in the coming months.

Both “Women Talking” and “The Banshees of Inisherin” were hailed as showcases; They also raise questions about where they belong in the acting categories. If Rooney Mara, Jessie Buckley and Claire Foy all have to nominate for Best Supporting Actress, one of the most revealing films about women this year could go without a Best Actress contender. There are enough unique moments for Mara to warrant Best Actress competition, but distributor Focus would have to make that decision in a cast composed of deserving women.

The Banshees two-handed swordsman could rightly nominate Colin Farrell and Brendan Gleason for Best Actor, but that category is already strong with competition from the likes of Brendan Fraser in The Whale and possibly Hugh Jackman in The Son. (If a choice had to be made, Farrell might be best suited for best actor, while Gleason seeks endorsement.) Empire of Light newcomer Michael Ward finds himself in a similar predicament: he’s technically the male lead , but could do a better chance of a nomination if he opted for support.

Streamers are unlikely to dominate

Apple won its first Best Picture Oscar, becoming the first streamer to do so in 2022. It’s unlikely any streamer will repeat the performance for 2023. Apple has no obvious contenders for Best Picture on its list, and while Netflix put on a good show for Alejandro G. Iñarritu’s Bardo and opened Venice with White Noise, everyone received mixed reactions.

This year, traditional theatrical releases such as Focus’s ‘TÁR’ and United Artists/Amazon’s ‘Women Talking’ have the upper hand. Disney’s own Searchlight looked more like his old self as he introduced well-known Oscar-friendly work like Sam Mendes’ wistful cinematic romance Empire of Light at Telluride and Martin McDonagh’s wild black comedy The Banshees of Inisherin at Venice.

“The Banshees of Inisherin”

Focus may bring all of its titles to Peacock, but “TÁR” and “Armageddon Time” are primed for art houses and traditional theater windows. MGM/UA is still clarifying its identity under the new Amazon ownership, but for now it is positioning “Women Talking” and Luca Guadagnino’s cannibal romance “Bones and All” as conventional releases. Sony Pictures Classics revved its engines with the reintroduction of Living, with Bill Nighy doing the Telluride laps. These entities appear to be more likely to hold on to their importance in the coming weeks.

Laura Poitras’ poignant portrayal of artist and activist Nan Goldin quickly became the front-runner for best documentary when it premiered in competition in Venice before sneaking into a single morning TBA screening at the Telluride. The release of Neon/Participant could make Poitras the first filmmaker to win Best Documentary for a second time in over 30 years, but the category will be tight.

The film will compete against the likes of National Geographic’s Fire of Love, which just topped $1 million at the box office, and HBO Max’s contemporary take on a Russian dissident, Navalny. Amazon has doubled down on its commercial NASA documentary Good Night Oppy. A slew of critic- and audience-friendly films in competition make the future unpredictable.

Telluride has screened many international films with the potential to remain part of the season, but most countries have yet to make their official selections. While SPC’s Mia Hansen tender romance drama One Fine Morning did well at Telluride, the new French selection committee might as well opt for Rebecca Zlotowski’s Other’s People’s Children, which has just premiered in Venice. (It will make its selection later this month.)

Holy Spider is set in Iran but filmed in Jordan; its Danish producers hope that the film will make the cut there. Bittersweet coming-of-age drama Close was set to snap Belgian submission over Jean-Pierre and Luc Dardenne’s Tori and Lokita. (Both played Telluride before the Belgian decision in a few weeks.) Hirokazu Kore-eda’s “Broker” is unlikely to be picked by Japan; it takes place in Korea, which has already picked Park Chan-wook’s noir, Decision to Leave. This film won Best Director at the Cannes Film Festival and will play TIFF next (but wasn’t invited to Telluride). Poland has already announced donkey drama “Eo” as a selection.

The list keeps getting longer. TIFF will introduce more titles into the equation and even include a special talk with potential Indian selection ‘RRR’. Telluride has raised the profile of several potential international submissions, but this category remains wide open with no definitive front runner.