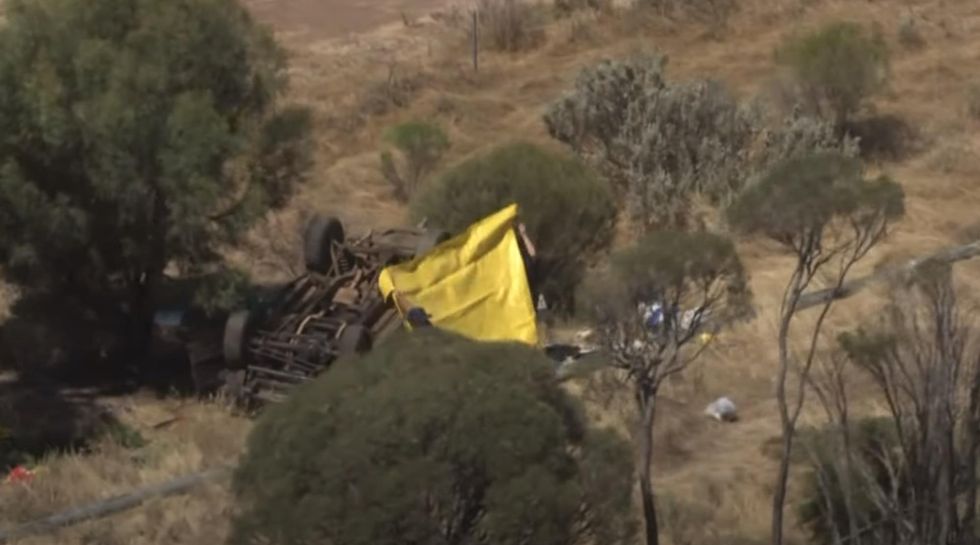 A 5-year-old girl helped her younger brothers survive alone for two days parents died in a family car accident in a remote part of Australia.

The family of five were driving their Land Rover Discovery in the western part of the country, near the city of Perth, when their vehicle went off the road and was upside down. Cindy Braddock (25) and Jake Day (28) died in the accident.

A relative said the girl helped her brothers, aged 1 and 2, survive the crash.

“If the 5-year-old hadn’t unbuckled the 1-year-old’s car seat, he wouldn’t be with us today,” Day’s cousin Michael Read told CNN affiliate Nine News. “She probably won’t know for a few years.”

The children were rescued after two days when a family member went looking for them. The family was expected to attend a Christmas party and never arrived.

The children were flown to Perth Children’s Hospital by helicopter after becoming dehydrated in the scorching temperatures. You will probably be released after a few days.

The reason for the crash was not determined by the law enforcement authorities, but by a gas station attendant said ABC News that he saw the family stop to get petrol and that they appeared “very exhausted” before returning to the hour-long journey.

“They then got out, they filled up, then they came in, they went to the bathroom, they came and bought drinks and snacks and stuff for the road,” he said.

A GoFundMe Account Tens of thousands of Australian dollars have been raised by raising funds for the children and helping with the parents’ funeral expenses. An update on the site said the children are doing well and are surrounded by family.

Tributes to three children stranded for days after both parents died in WA accident ABC Newswww.youtube.com

https://www.theblaze.com/news/australia-crash-children-survive-alone A 5-year-old girl helped younger brothers survive on their own for two days after their parents died in a car crash in Australia