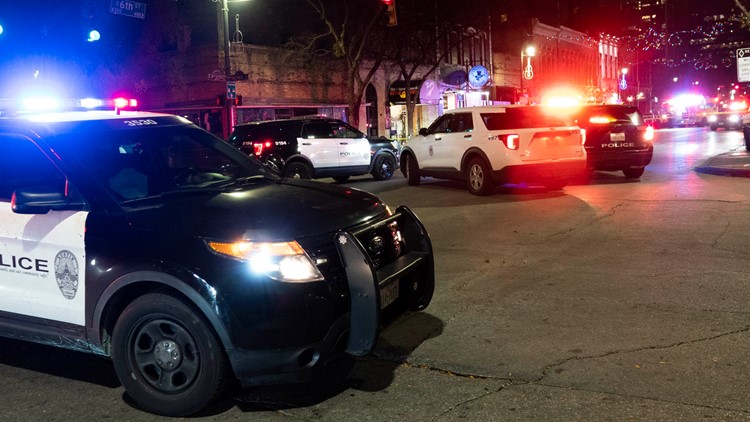 The fatal shooting happened near the intersection of East Sixth Street and Neches Street.

AUSTIN, Texas — A man is dead after an early morning shooting in the heart of downtown Austin.

That Austin Police Department Said officers working in the area near the intersection of East Sixth Street and Neches Street heard gunshots around 2 a.m. Wednesday. When they got to the scene, they found a male victim with gunshot wounds.

Life-saving measures were attempted but the man was pronounced dead at 2:14 am

Police initially said the suspect ran away, but in a briefing just after 5am, APD said the suspect – a man in his 30s – was found “within minutes”. He was arrested and is being interrogated.

#BREAK: The Austin Police Department is investigating the city’s 66th murder. A man was shot dead outside a bar on 6th Street and Neches. Officers tried CPR, but he later died. A suspect was arrested and interrogated. pic.twitter.com/38HmnFycLy

Around 5:30 a.m., APD cleared the scene and reopened Sixth Street to traffic.

That shooting is being investigated as Austin’s 66th murder in 2022, according to APD.

https://www.kvue.com/article/news/crime/shooting-sixth-street-downtown-austin/269-0c1e30b0-02ed-40b9-96f5-bccaac87a122 A man dies after a shooting on Sixth Street in downtown Austin

Joe Manchin's prayers have been answered