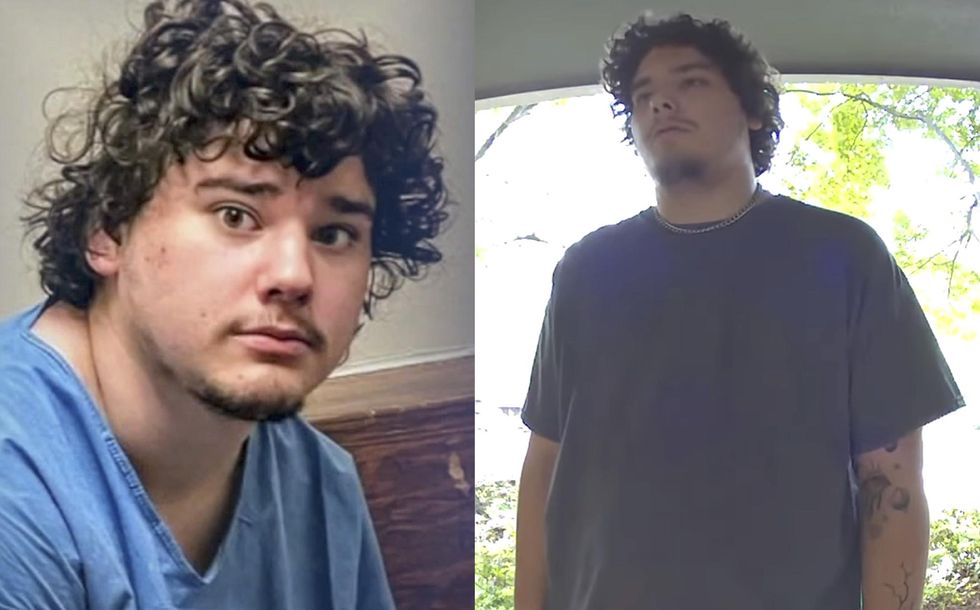 Oklahoma Police said a man followed two young girls home from their school bus stops went on only to later break into a house to steal a gun.

The first alarming incident occurred at two homes in Tulsa on Friday according to to a Facebook post from the Tulsa Police Department.

They said a man followed a girl home and then another girl and pulled the storm door of their home and rang the doorbell. He asked to use the toilet and left when the girl refused him.

Both girls were about ten years old.

A few days later, on Monday, one of the pursued girls saw the suspect peering into their home through the windows of the house. She ran for help and the suspect allegedly broke into the house and stole a gun.

A neighbour said KJRH-TV what happened next.

“Yesterday I was home around 3:00 p.m. and my neighbor, she’s 11 years old, knocked on the door and she was like … hey, I think someone’s in my backyard,” Wyatt Smith said.

Smith said he saw a man climb over the fence to escape from his neighbor’s home.

“He had a face mask on and a hood and a green headscarf around his head. You know a really big knife. I mean, that was the craziest part, I was like, ‘Oh my god, he’s right there,'” Smith added.

police obtain video of the suspect from a ring doorbell security device and asked the public for help in identifying the man.

Mingo Valley Patrol officials were able to locate and arrest William Parnell as a suspect in the incidents on Wednesday.

Both girls were unharmed.

police called They worked with federal authorities to charge Parnell with two counts of burglary and another assault on a doctor, which they did not explain.

https://www.theblaze.com/news/a-man-followed-two-girls-home-from-their-schoolbus-and-broke-down-the-door-oklahoma-police-said A man followed two young girls home from their school bus stops and broke into one of their homes, Oklahoma police said