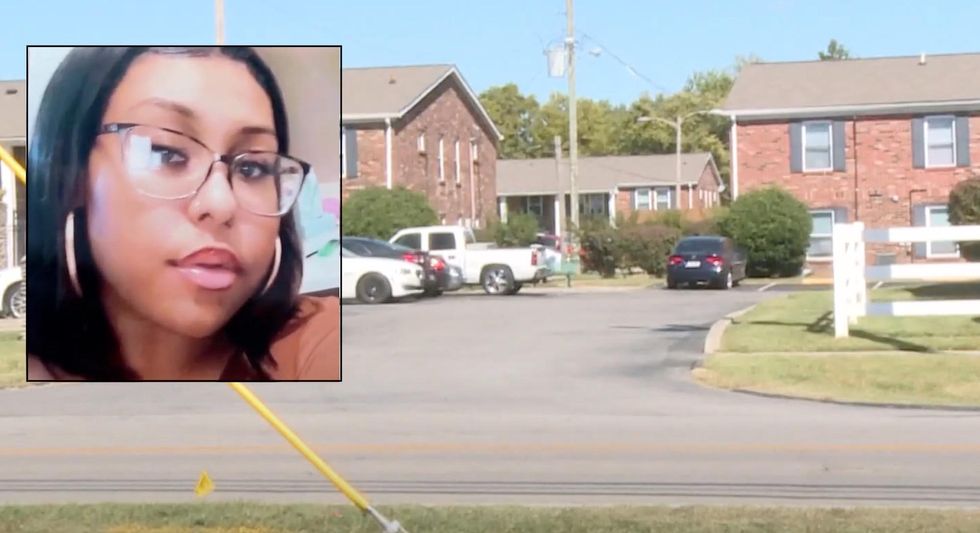 A 2-year-old girl was found alone with her mother’s body after she was shot and killed, and Kentucky police said she had been at the home for three days.

23-year-old Kierra Stone-Gonzalez was found at her home by her mother, Michelle Stone, after several days without hearing from her.

“It’s hard because her sister and I are the ones who found her,” Stone said to WAVE TV. “We went in with her. We tricked them and the only blessing I got from that is that they didn’t kill my granddaughter.”

She said her daughter was shot in the head.

Mysteriously, Stone said that the child appeared to have been cared for by someone during this time she was alone with her mother’s body. She said her granddaughter was fed and clean.

“My question is, how could you take care of my granddaughter and not call the police when you saw that the mother was dead?” asked Stone.

The Jefferson County coroner determined that foul play was involved in Stone-Gonzalez’s death.

Stone said her daughter moved to Louisville just weeks before her death. She thinks her daughter was attacked, but she doesn’t know why.

“Her smile and heart of gold,” Stone said. “I want people to remember Kierra like that. She had a good heart and she definitely didn’t deserve what happened to her.”

Louisville’s homicide rate has elevated every year since 2019 and the trend continues into 2022. Louisville Metro Police Department chief Erika Shields blamed “the gun issue” and said the city is at a crisis point.

https://www.theblaze.com/news/stone-gonzalez-child-left-days A mother was shot in her apartment. Her 2-year-old girl was left with her body for three days, police say.