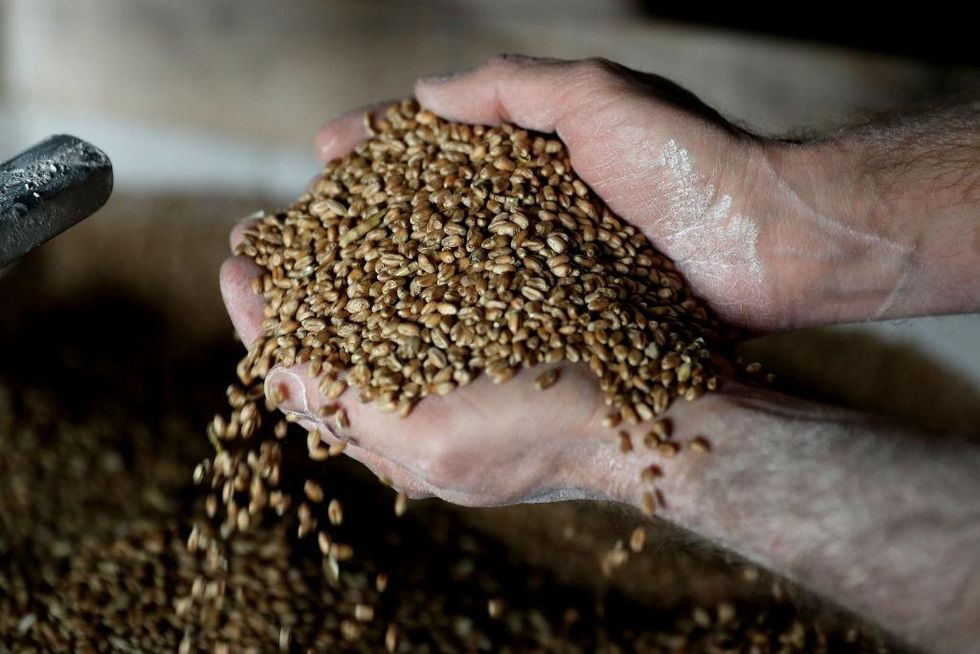 A senior US general recently suggested that the US military conduct operations to help Ukraine export grain held up by Russian blockades along the Black Sea coast.

General Christopher Cavoli, who has been named NATO’s next supreme commander, told U.S. senators at a hearing Thursday that he would consider offering military options to allow grain exports to resume, according to The Epoch Times reported.

When asked what he would do, Cavoli said that if confirmed, he would “provide the military options needed by our civilian leaders.”

He told lawmakers present at the hearing, “Clearly, the way we would approach this would have to be a whole-of-government approach, which may or may not include a military component.”

It is currently unclear what Cavoli’s approach would entail. Whether Cavoli would encourage sending US troops to work directly with Russian forces, or whether the military would be involved with alternative means of transporting grain, remains to be seen.

Ukraine is one of the world’s top exporters of wheat, sunflower oil and rapeseed oil, and the blockade of a Ukrainian port on the Black Sea coast by Russian forces is causing growing global shortages of these vital supplies.

Cavoli pointed out that US sanctions against Russia in response to Russian President Vladimir Putin’s invasion of Ukraine contributed to global grain shortages.

“The grain shortages that we are experiencing as both Russian and Ukrainian production cannot come out of the countries in large quantities or are sanctioned and not sold are being felt on the African continent,” Cavoli said.

About a week ago, an analyst warned the United Nations Security Council that the invasion of Ukraine is “spreading fuel on a fire that has long burned” and that only about 10 weeks’ worth of wheat stocks remain worldwide.

Analyst, CEO of Gro Intelligence Sara Menker said: “I would like to start by saying explicitly that the war between Russia and Ukraine did not trigger the food crisis. It simply added fuel to a fire that burned long. A crisis in which we saw shocks long before the COVID-19 pandemic revealed the vulnerability of our supply chains.”

Long before the invasion of Ukraine began last February, there were intense droughts and weather problems around the world, contributing to now-worsening grain shortages.

Menker said: “I share this because we believe it is important that you all understand that without concerted action, our food security problem will not go away anytime soon, even if the war ended tomorrow.”

https://www.theblaze.com/news/a-top-us-general-suggested-there-could-be-a-military-component-if-nato-is-to-help-ukraine-export-grain A senior US general suggested that there could be a “military component” to NATO helping Ukraine export grain