Warning: The following contains spoilers for Wednesday Abbott Elementary School Premiere. Proceed at your own risk!

Janine felt pretty good while Abbott Elementary School‘s Season 2 Premiere, and Why Shouldn’t It Be? After all, the teacher had pulled off quite a coup: she had gotten Philadelphia Flyers mascot Gritty to perform in the first week of school!

But unfortunately, Janine’s breakup with Tariq hit her harder than she wanted to admit, as she got the dates wrong and the local celebrity showed up a week early during Teacher Development Day. It was a disappointment for Janine, but a huge win for creator and star Quinta Brunson, who was delighted to have the guest star during a TV Critics’ Association. virtual press tour panel. 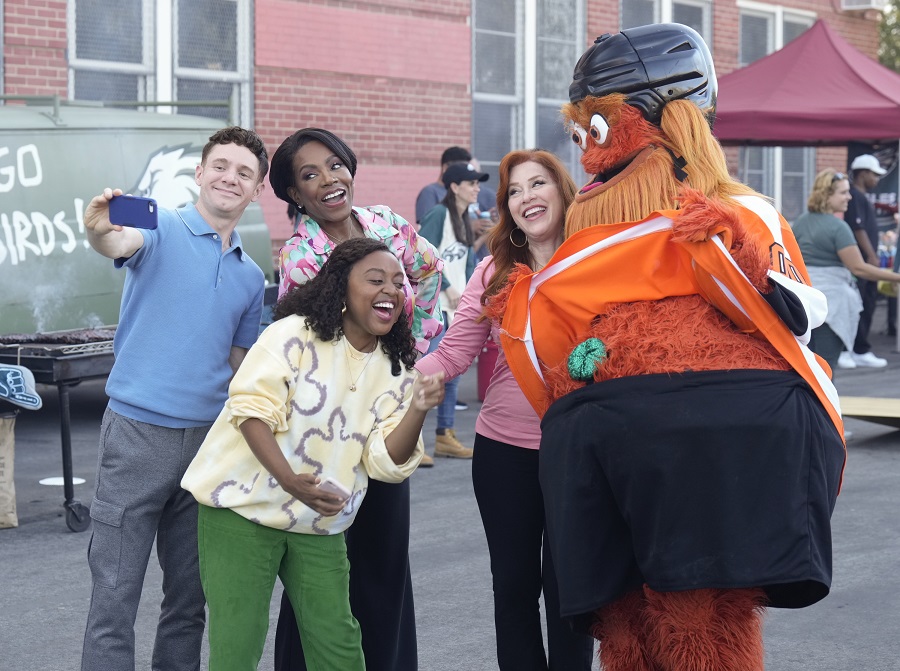 “He is very special to us. He’s the greatest celebrity cameo ever,” Brunson gushed before revealing the mascot was set to appear last season.

“We almost had Gritty for our show’s pilot. He was there from the beginning, before you guys even knew about the show,” Brunson shared. “So it was wonderful to get this opportunity to have him there. Gritty is just as important to the special Philadelphia spirit of this show as the Eagles or cheesesteak or pretzels etc. So getting him was like a dream come true. I was over the moon I was overwhelmed.”

Tyler James Williams – whose character Gregory didn’t initially understand the allure of the blurry mascot – called Gritty “a phenomenon that I feel affects everyone on a human level, on a cellular level. It doesn’t need to be explained,” the actor said.

Lisa Ann Walter, who plays Melissa, added, “Gritty is undeniable. But I will say that he is even better in person. Because his improvisation is outstanding. Gritty is a comedy genius.”

Abbott Elementary School Fans, what do you think of the cameo and the season opener? Rate it below and then hit the comments!

How to get Mega Energy