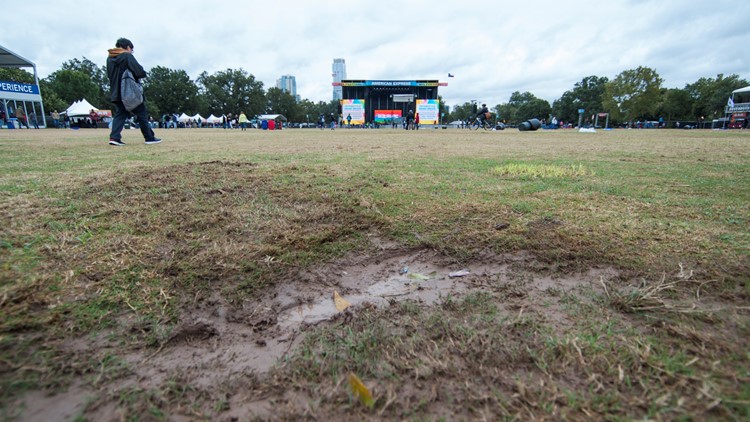 Several festival-goers told KVUE that they plan to bring an umbrella, but these items are not allowed inside the gates.

AUSTIN, Texas – Weekend 2 of the Austin City Limits Music Festival On Friday we started with clear skies and good weather. However, the closure of the two-weekend festival could have other conditions.

As the weekend begins, fans are also considering how to prepare for the chance of rain while staying at Zilker Park for the celebrations.

“We’ve been coming for a long time. He’s been coming since ACL started,” said Austin’s Michelle Osborne, referring to her boyfriend Matthew Gary.

“I’ve been going to the festival since I was maybe five years old, so I went to Austin Kiddie Limits,” said Madeline Sparks, who was born and raised in Austin.

Die-hard fans like Osborne and Sparks have watched ACL over the years, including its wetter moments.

“A few years ago there was a year called ‘mud year’ where everything was just crazy. There was torrential rain, lots of mud,” Osborne said.

With some chances of rain in the forecast, locals like Julia Grisemer say she’s seen it all.

“I felt like my ankles were in the mud and I didn’t care. You know, you’re wearing your certain ACL shoes,” said Austin’s Julia Grisemer.

But how can people prepare for the rain at a music festival? Several festival-goers told KVUE that they plan to bring an umbrella, but these items are not allowed inside the gates.

Grisemer said it’s about making sure they stay safe.

“When the weather is bad, I think it’s all about safety. You know, if you can’t see your favorite bands, so what,” Grisemer said.

In 2013, organizers canceled ACL performances due to weather. ACL participant Gary remembers this himself.

“I’m pretty sure Lionel Richie’s year was when the flooding happened, that whole thing, and I can’t think of another year where they canceled anything. It was definitely devastating,” Gary said.

ACL officials haven’t listed current weather guidelines online, but fans say they’re not letting the rain get them down.

For more information on which items are prohibited, click here.