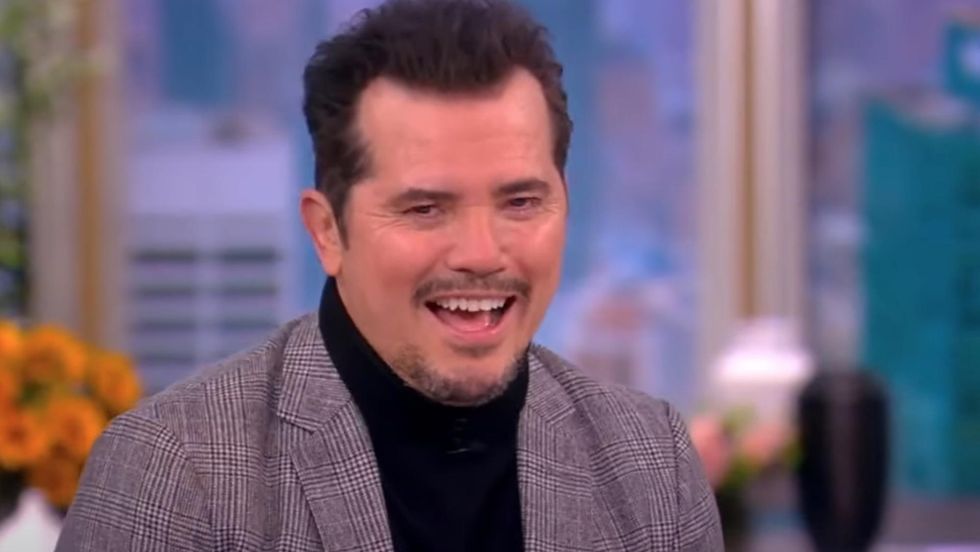 Actor John Leguizamo explained that Latinos were lured into voting Republicans by “trigger words” because they were “not as media savvy” as they should be.

Leguizamo was a guest on The View on Wednesday when he was asked to explain the Latino vote following the results of the midterm elections.

“We’re one of the largest voting blocs, we’re also the largest minority in the United States, we’re the oldest ethnic group in America. And we vote, but you have to come for us, you have to talk about our problems, you have to knock on our doors,” Leguizamo explained.

“You cannot take us for granted and expect us to be there for you. The Republicans understand better and they come for us, they put ads on our Spanish radio stations, on WhatsApp, they come for us. And that’s why Latinos are moving to them,” he added.

“But just come for us, Democrats!” Leguizamo advised.

That explanation was not popular with co-host Sunny Hostin, who said Republicans have been targeting Latinos with “fear tactics,” triggering words like socialism and communism. Leguizamo agreed, adding:

“We may not be as media savvy as we should be, you know what I mean, as a group, so trigger words get us,” Leguizamo said.

“But they also get white ones! Trigger words get white people too!” he added.

Leguizamo also said the battle between former President Donald Trump and Florida Gov. Ron DeSantis for the Republican nomination would be entertaining, then added that Trump would destroy the country if he won the presidency.

The actor made headlines when he complained that White was cast in an upcoming Super Mario Bros movie because he was cast as Luigi in the 1993 version of the movie. Some pointed out that his Claims were hypocritical as he had portrayed various characters throughout his career who were not Latinos like himself.

Leguizamo is best known for lending his voice to the character Bruno in the hit animated film Encanto.

Here is the video of Leguizamo’s comments:

https://www.theblaze.com/news/leguizamo-latinos-gop-not-savvy Actor John Leguizamo says Latinos were lured into voting Republicans by “trigger words” because they were “not as media savvy.”

Boyfriend's reason for interviewing partner in suit is heart-melting