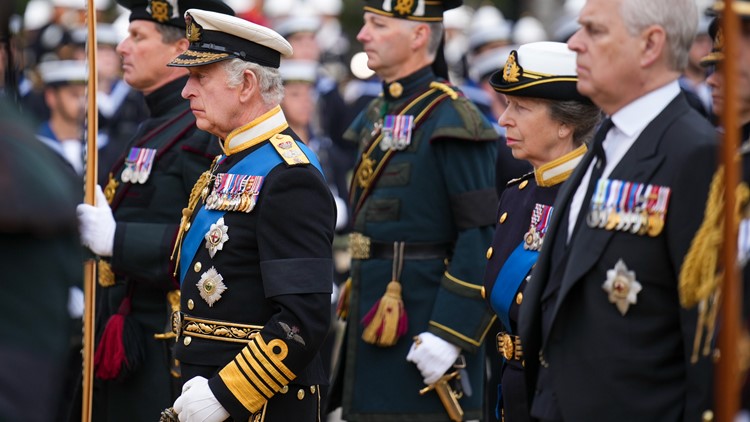 With the coronation of King Charles III. after the death of his mother, the order of the royal crown has shifted upwards.

LONDON, UNITED KINGDOM – That Death of Queen Elizabeth II at the age of 96 means her eldest son, Charles, Prince of Wales, is the new British king.

The palace announced she had died at Balmoral Castle, her summer residence in Scotland, where members of the royal family had rushed to her side after her health deteriorated.

Ahead of her platinum anniversary in 2022, Elizabeth expressed her “sincere wish” that Charles’ wife Camilla would be known as the “Queen Consort” when Charles ascended the throne. The request tied a loose end that had hung over the House of Windsor since Charles’ divorce from the beloved Princess Diana. It was also seen as an attempt to ensure a smooth transition.

Since she is not a member of the royal family by blood, Camilla has no claim to the throne and will not become queen if Charles dies or resigns. The same was true of Prince Philip when he was alive and married to Elizabeth.

What is the royal line of succession after Charles?

4. Prince Louis: third born child of William and Catherine. Until a few years ago, Louis would have been ahead of Charlotte because male siblings were preferred regardless of birth date. The Succession to the Crown Act, passed in 2013, repealed this rule.

5. Prince Harry, Duke of Sussex: second child of Charles and Diana. Although he and his wife Meghan, Duchess of Sussex, stepped down from royal duties and moved to the United States in 2020, Harry remains in the line of succession.

8. Prince Andrew, Duke of York: third child of Queen Elizabeth II. He takes this place ahead of his older sister, Princess Anne, who was born before the 2013 Succession Act.

14. James, Viscount Severn: second child of Prince Edward. Since his older sister was born before the 2013 Succession Act, he takes that seat.

Meghan with Kate Middleton, George and Charlotte at the Queen's funeral