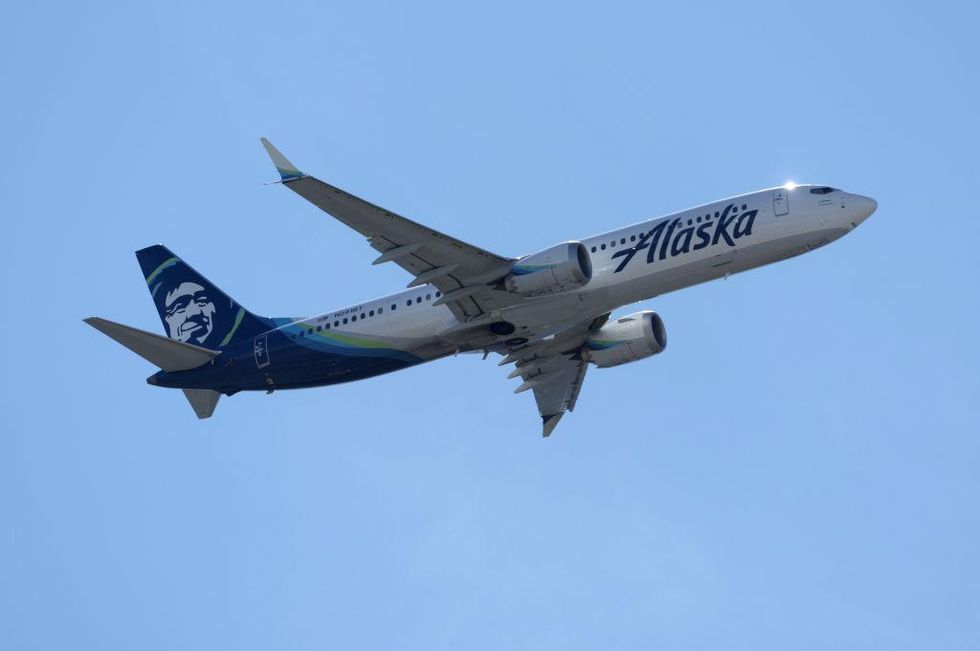 Two former Alaska Airlines flight attendants have sued their employer, claiming they were fired for speaking out on an internal message board against the company’s adoption of the LGBT Equality Act.

Marli Brown and Lacey Smith argued in federal court legal action submitted this week that they were victims of religious discrimination when they were fired from their jobs in August 2021 solely because of their religious beliefs.

In early 2021, as Congress debated passing the controversial law equality lawAlaska Airlines announced its support for the measure on an employee message board and asked employees for comments.

The Equality Act, if passed, would amend the Civil Rights Act of 1964 to include sexual orientation and gender identity among the prohibited categories of discrimination or segregation – which currently include race, colour, religion, sex and national origin.

According to her law firm First Freedom Instituteboth Brown and Smith “felt compelled by their Christian faith” to get involved.

Smith asked, “Do you think it’s possible as a company to regulate morale?”

Brown added a lengthy statement seeking further explanations from Alaska Airlines about their support for the measure:

Has Alaska [Airlines] Support: endangering the church, encouraging suppression of religious freedom, eradication [women’s] rights and parental rights? This act will [force] every American must agree to a controversial government-imposed ideology…or be treated as an outlaw.

The Equality Act from girls’ and women’s showers and changing rooms to women’s shelters and prisons, affecting everything that compromises safety and privacy.

Blanket permission to enter private rooms for the opposite sex allows sex offenders to take advantage of the rules and gain easy access to victims. This is the equality law…

The rest of your question was cut off due to character limitations.

Brown and Smith’s comments were later removed for being “discriminatory,” “hateful,” and “offensive.” The company then launched an investigation into the employees, which eventually led to their termination.

According to court documents, Alaska Airlines told flight attendants, “Defining gender identity or sexual orientation as a moral issue, or questioning the company’s support for the rights of all people regardless of gender identity or sexual orientation, is not a philosophical issue. but a discriminatory statement. Your post was offensive, discriminatory and not in keeping with Alaska Airline values.”

After their termination, the two accused were reported to the Equal Opportunity Commission and have since received “rights to sue” from the department.

In the lawsuit, the women also allege that the Association of Flight Attendants (AFA), despite its stated duty to help members who face discrimination based on religion, did little to defend them.

“Alaska Airlines ‘cancelled’ Lacey and Marli because of their religious beliefs, in flagrant violation of federal civil rights laws that protect people of faith from discrimination,” said Stephanie Taub, senior counsel of the First Liberty Institute. in a press release.

She added, “It is a flagrant violation of state and federal civil rights laws to discriminate against someone in the workplace based on their religious beliefs and religious expression. ‘Woke’ companies like Alaska Airlines feel they don’t have to obey the law and can fire employees if they just don’t like their religious beliefs.”

TheBlaze reached out to Alaska Airlines for comment on the lawsuit, but the company didn’t respond in time for publication.

https://www.theblaze.com/news/alaska-airlines-flight-attendants-sue-religious-discrimination Alaska Airlines employees are suing after they were allegedly fired for speaking out against the LGBT Equality Act on an internal message board they were asked to comment on