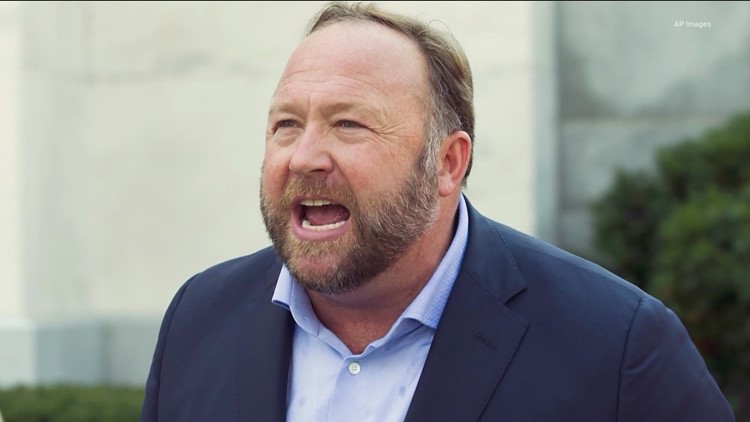 Jones and his attorneys will ask the judge to lower the compensation limits to $750,000.

AUSTIN, Texas — Alex Jones, the founder of InfoWars, will stand trial again after a Connecticut jury returned a decision over the damage caused when he characterized the 2012 Sandy Hook school shooting as a hoax .

According to the newspaper partner of KVUE the Austin American StatemanJones will be back in court in Austin to hear compensation for another family of a Sandy Hook victim.

According to the article, the parents of 6-year-old Jesse Lewis were awarded $49.3 million in early August.

Jones and Jesse’s parents, Neil Heslin and Scarlett Lewis, will be back in court on Thursday. During that hearing, the parents’ attorneys will ask the judge to approve the award because of the damage Jones caused.

However, the article went on to say that Jones and his legal team will deal with the judge using Texas punitive damages law, which has a $750,000 limit on damages.

However, Heslin and Lewis’ attorney argues that the parents suffered psychological injuries from the damage caused by Jones and his Austin-based InfoWars media system and have not truly healed, the article states.

This trial isn’t the only one Jones will face in Austin. Jones has two other trials – the parents of 6-year-old Noah Pozner and a case in which InfoWars incorrectly identified a suspect in the 2018 Parkland High School shooting.

No dates are set for either trial as Free Speech Systems is going bankrupt, which has resulted in an automatic suspension.