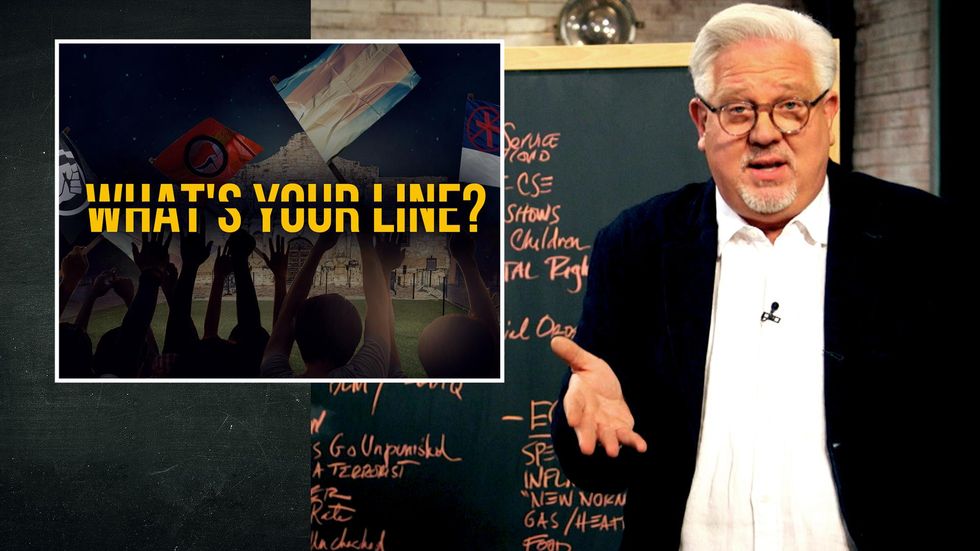 What’s your boundary in the sand – the point at which you take a stand and say “no”? Is it an attack on your religion? Your children and their education? The collapse of society? The Rule of the Law? Is it impoverishment and the collapse of the economy?

Frighteningly, ALL of them are currently under attack and we are being demoralized into submission. We are made to look the other way in the face of evil and accept everything as part of the “new normal.” We were warned that this was going to happen as early as the early 1980s. Now the media and left are trying to dismiss any reasonable objection to depravity as “the new satanic panic.”

There is no cabal orchestrating our downfall, but IT DOES have an origin. There are only a few stages left until it’s all over. Glenn Beck reveals the ultimate Achilles’ heel of the entire process on Glenn TV on Wednesday. We can stop America’s moral decline, but more Americans need to stand up and find the courage to say NO FARTHER. or this will be our new alamo.

Watch the full episode below:

https://www.theblaze.com/shows/glenn-tv/glenn-tv-americas-new-alamo America’s New Alamo: Why We MUST Draw a Line in the Sand