A gunman with a mask threatened a worker at a Philadelphia deli Thursday night while his accomplice, also wearing a mask, was hauling an ATM out of the corner market on the 200 block of West Olney Avenue.

police said The two men entered the Martinez Deli just before 8:00 p.m. One of them threatened a store employee with a black pistol, police said, while the other went to the back of the deli and “forced away” an ATM.

Surveillance video captured the moment one of the men dragged the ATM out the front door of the local. 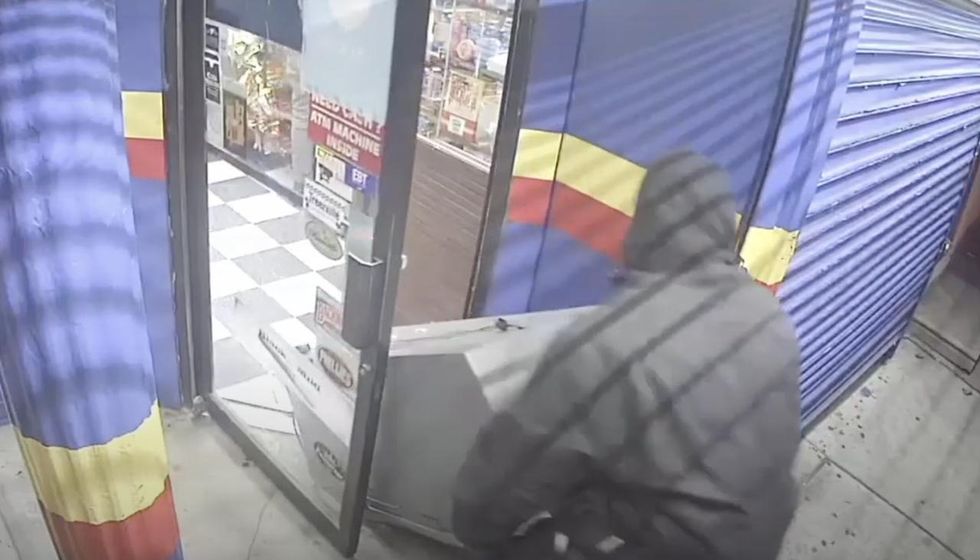 The ATM was placed in a gray 2010-2012 Toyota RAV4 that the couple parked on the sidewalk before entering the deli, police said.

Video captured an image of Pennsylvania’s temporary tag – 3953871 – but police checked the tag and found it did not belong to the RAV4.

Police said they are working to identify the perpetrators.

Just another crime in Philadelphia

TheBlaze wondered earlier this week if Philly crooks would be getting bolder amid a report of a gunman reaching into a McDonald’s drive-thru window and ripping out a cash register:

Here’s some related news that might shed some light on how brazen crime has gotten lately in the city of brotherly love:

https://www.theblaze.com/news/armed-masked-men-steal-atm-from-philadelphia-deli An armed, masked thug threatens a worker at a Philly deli while his accomplice drags out their prize – an ATM