Set five years before the events of Rogue One: A Star Wars StoryDisney+ Andor notes that both Diego Luna and Genevieve O’Reilly are reprising roles they previously played.

Luna directs the live action war of stars Series as the titular Cassian Andor, whom audiences first met in 2016 Villain Onewhile O’Reilly played Mon Mothma in both Episode III: Revenge of the Sith and Villain One (as well as voiced the character in some animated offerings).

But during Villain One introduced Cassian as a veteran intelligence officer within the Rebel Alliance, Andor will fill in a whole lot of blanks about how he came to join this cause in the first place. Said backstory was briefly hinted at in a disposable article Villain One Line where Cassian makes it clear to someone, “I’ve been in this fight since I was six years old!” 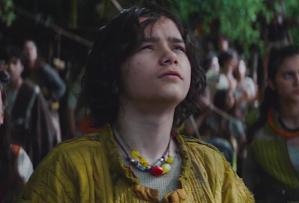 That formative childhood that happened early Andor Flashbacks, “was a revelation for me,” Luna tells TVLine. “And I think it’s going to be quite interesting for the audience too, because if they’ve been watching Villain One – when Cassian says, “I’ve been part of this fight since I was six years old” – I don’t think they really thought about it.

“What is it doing mean starting a fight at the age of six? What makes you miss your childhood so much that you are already part of a movement?” asks Luna. “We’ll see what that line meant and I was just shocked when I read what [Andor creator] tony [Gilroy] suggested – which happens to me a lot when writing Tony Gilroy. It’s so complex and unique, but that’s the way it is juicy Also.”

Gilroy, the co-author of the Villain One Screenplay, “has an answer for everything,” Luna confesses, “and Cassian’s backstory is violent. It’s powerful, it’s emotional and I think audiences will see him differently after understanding what happened in his childhood.”

O’Reilly and Luna in “Rogue One” (courtesy of Everett Collection)

Genevieve O’Reilly says what surprises she most of her own character’s backstory via Andor was to see the woman who was Mon Mothma as a candid Senator (with a secret or two…) years before she became leader of the Rebel Alliance (and then the first Chancellor of the New Republic, as played in Return of the Jedi by Caroline Blakiston).

“I love this woman, and I’ve played this woman a few times,” notes O’Reilly for TVLine, “and I think what surprised me was that opulence of her life, the opulence of this empire in which she lived.

“I knew she was a Senator from a young age – I played her very briefly Vengeance of the Sith when I was very young and I remember those costumes. I remember the details and the beauty they corresponded to, say, Queen Amidala at the time,” adds the actress. “And it makes perfect sense now when you think about the orthodoxy in which she lived within the Empire.”

Andor Premieres this Wednesday, September 21, with the first three episodes lasting 35 to 40 minutes each; The remainder of the 12-episode season will then roll out weekly. (Season 1 spans a year, while Season 2 spans four years.) O’Reilly makes his first appearance in Episode 4 — and under rather intriguing circumstances.

“I think it’s great that they put the time into it [backstory], because it gives me, as an actor, and us, as an audience, a point of reference,” says O’Reilly. “We know she’s going to end up in a bunker in Yavin, and I can’t wait to see how we get from here to there.”

wanna scoop on Andoror for another Star Wars series? Email InsideLine@tvline.com and your question can be answered through Matt’s Inside Line.

SCOTUS judges are in rare territory: defending their own legitimacy

What Polls Say About Stacey Abrams vs. Brian Kemp With 50 Days Until Halftime