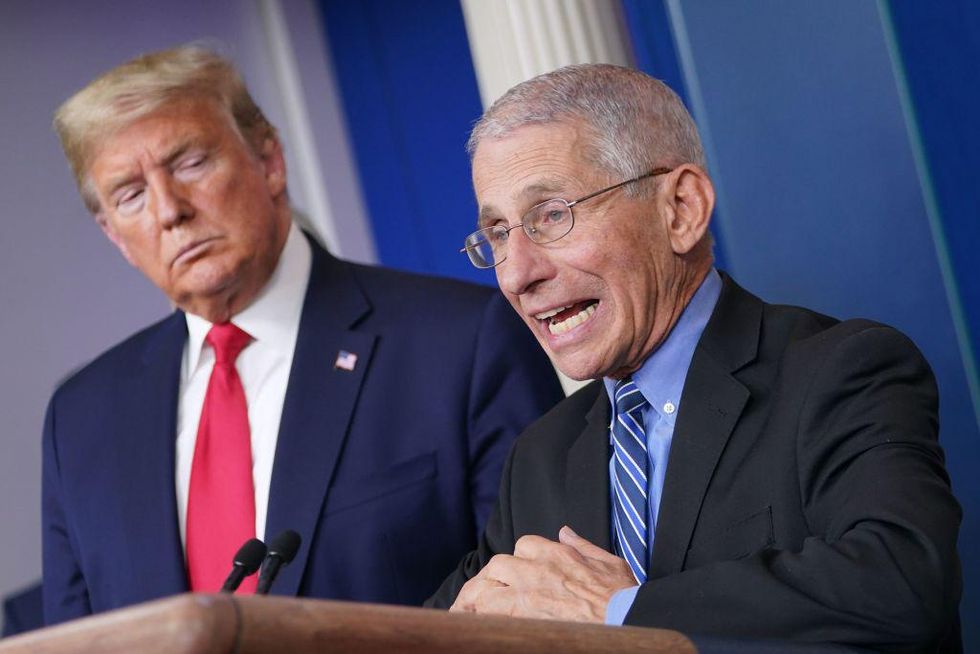 Fauci hinted that the Trump administration had mishandled the COVID-19 pandemic and took the opportunity to get some jabs on national television, Fox News reported.

While speaking to Jim Acosta on CNN Sunday night, Fauci laughed at the suggestion that he would remain at his post should Trump return as president, Newsweek reported.

Fauci said, “If you look at the history of the response during administration, I think you know the best you can say is that it wasn’t optimal. And I think history will speak for itself about that.”

When Acosta clarified that Fauci did mean that he would not return to his post in a second Trump administration, Fauci said, “Right. Sure, yes.”

However, it’s no secret that Trump and Fauci clashed frequently in the first year of the COVID pandemic. They were at odds over hydroxychloroquine, testing strategies, reopening businesses, imposing travel restrictions from China and many more.

On an October 2020 campaign conference call, just days before the presidential election, Trump said, “People are tired of hearing Fauci and all these idiots, these people. Every time he comes on TV there’s a bomb, but there’s an even bigger bomb when you fire him.”

Trump has not committed to running for president in 2024, but has very publicly flirted with the possibility of running again to seek the Republican Party’s nomination for president.

In February, Trump hinted at the annual Conservative Political Action Conference that the Democratic Party would soon face a string of high-profile losses nationally.

In 2021, after Joe Biden took office, Fauci said it was “liberating” to work under the new president.

Fauci said, “I can tell you that I take no pleasure in contradicting the President at all, so it really was something you didn’t feel you could actually say anything about and there wasn’t going to be any repercussion on that. ”

He continued, “The idea that you can get up here and talk about what you know, what the evidence is and what the science is, and let the science do the talking — it’s a certain liberating feeling.”

https://www.theblaze.com/news/anthony-fauci-says-he-will-leave-the-white-house-if-donald-trump-becomes-president-in-2024 Anthony Fauci says he will leave the White House when Donald Trump becomes president in 2024