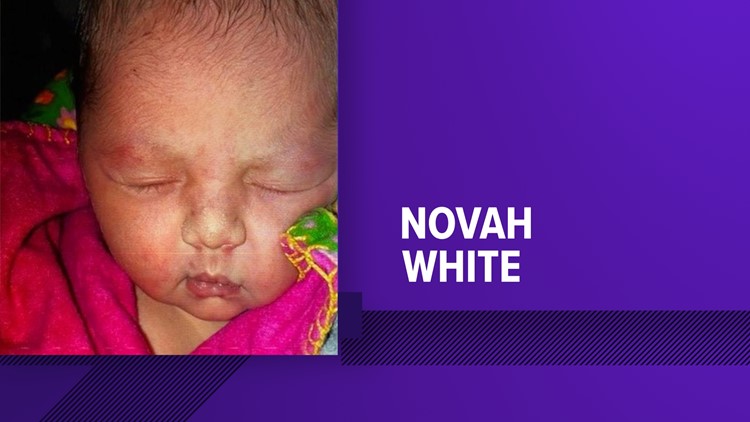 The department said Novah White was reported missing on December 8 and the family’s lack of cooperation has caused delays in the investigation.

AUSTIN, Texas – The Austin Police Department asks the community for help in finding a two-month-old girl.

APD identified the baby as Novah White and said her current well-being is unknown.

White was reported missing to APD by a special investigator with Child Protection Services on the afternoon of December 8. The department said investigative details were delayed due to the family’s lack of cooperation.

In addition, CPS investigators reported “significant concerns” for the baby’s mother, Kayla Washington, and father, Samuel Travis White, due to drug use and domestic violence at the home.

APD said Washington’s last known residence was at Block 6400 of Loyola Lane. Investigators are looking for both parents. APD confirmed to KVUE that the apartment was abandoned at the last check.

Officials believe Washington left White to look after her other children, despite his story. APD said CPS has Washington’s other children in custody but refuses to allow CPS to review Novah’s well-being.

She has not responded to APD investigators by phone or email. APD said the last contact they had with Novah’s parents was earlier this month.

A spokesman for the Texas Department of Family and Protective Services said the department is working closely with police to locate Novah, adding that no further details could be shared at this time.

Anyone with information is asked to call 911 or the missing persons unit at 512-974-5250. Tips can be submitted anonymously through the Capital Area Crime Stoppers Program by visiting austincrimestoppers.org or by calling 512-472-8477.