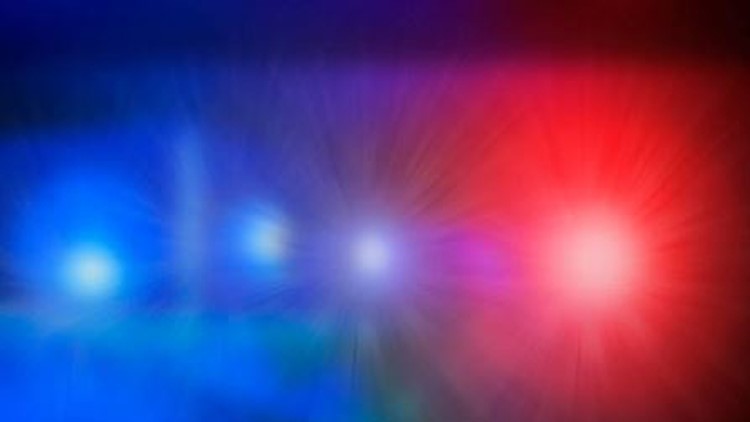 Police responded after receiving an 911 call reporting that Rajan David Moonesinghe was aiming a rifle at his home and firing it.

AUSTIN, Texas – As the Austin Police Department While continuing to investigate a shooting involving an officer, they released bodycam footage Thursday of the November 15 incident.

APD officers first responded to an 911 call received around 12:30 a.m. where the caller indicated that a man with a gun was outside a home on the 2200 block of South Third Street. The caller later said the man was holding a gun and pointing it at his own home.

As officers made their way to the scene, the caller told 911 dispatchers that the man, identified as Rajan David Moonesinghe, had shot at his own home. The caller said police were at the scene and Moonesinghe fired again, APD said.

Officer Daniel Sanchez and Officer Stephen Markert arrived at 00:33 in separate police vehicles. Upon arriving at the residence, Markert heard gunshots and realized he was directly in front of Moonesinghe. Both officers drove past the home and got out of their vehicles.

Sanchez saw Moonesinghe and verbally ordered him to drop the gun, APD said. Immediately after giving the order, Sanchez fired his department-approved firearm at Moonesinghe, causing him to fall to the ground.

Markert made contact with Sanchez after he fired the gun. Police said Markert verbally ordered Moonesinghe to show his hands but received no reply. Officer Luis Brito then arrived at the scene and all three approached Moonesinghe on the residence’s porch and began life-saving operations.

Officers determined that no one was in the home.

Austin-Travis County EMS arrived at the scene at 12:37 a.m. and continued life-saving operations. Moonesinghe was taken to the hospital where he died from his injuries.

No one else was injured in the incident.

Body cam video of the incident shows Sanchez shooting Moonesinghe multiple times after he gave the order to drop the gun. Video of the doorbell ringing from the house showed Moonesinghe aiming a rifle at the house and firing when police arrived at the scene.

Portions of the video from that night have been edited as the investigation continues.

ATTENTION: The image material can be viewed in the playlist below. The following program contains scenes that may offend your moral sense.

Johann Moonesinghe, the deceased’s brother, released the following statement after the video was released:

“Yesterday I had the opportunity to look at the police and security footage of the last few minutes of my brother’s life. As difficult as it was, it was an incredibly important step in uncovering the truth about the events leading up to his killing by police on November 15, 2022. The video clearly shows that Raj never threatened the officers, he didn’t even know they were there. I encourage everyone to watch the videos that are being released today to make your own judgement. Thank goodness Raj had his ring security camera on his porch because without it the police would have continued to lie about what happened that night.

“Instead of bringing justice to Raj, the Austin Police Department continues to try to cover up what happened. The security footage they released today is an edited version that intentionally removes the interaction Raj had with his neighbor a minute earlier when he told her someone was at his house and yelled into his house: “Me call the police, get out of my house.’

“It is incomprehensible that the police acted in this way. Police knew he was the homeowner who was concerned about a potential intruder. They shot first and asked questions later. As an Austinite, I am outraged to think that these are the people charged with protecting our community.

“Raj was a loving son who looked after our parents financially and co-founded a very successful technology company which we relocated to Austin in 2018. We’re asking the city and district attorney to do their jobs and hold the officer accountable. Otherwise, these senseless shootings will continue and more innocent people will be shot by Austin cops.”

https://www.kvue.com/article/news/local/austin-police-bodycam-footage-nov-15-shoots-kills-man/269-a1b77a43-0040-4e8c-929e-a758623a93e0 APD releases bodycam footage of the November 15 incident in which a police officer shoots and kills a man