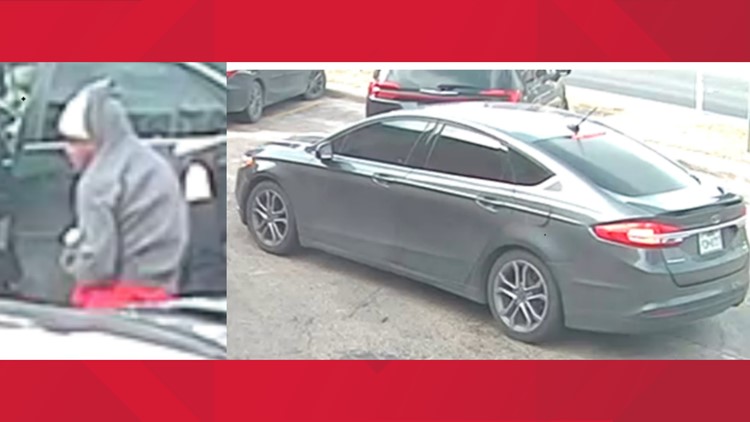 The incident happened Dec. 29 at the Bank of America at 2501 S. Congress Avenue. APD said the suspect assaulted an elderly woman before stealing a large sum of money.

APD said the crime occurred around noon Thursday at the Bank of America at 2501 S. Congress Ave. It’s in South Austin, just off East Oltorf Street.

The male suspect was seen driving a dark gray Ford Fusion with tinted windows. He got out of his car at the bank and attacked an elderly woman, leaving her with multiple injuries before stealing a large amount of money from her, APD said.

The exact amount stolen from the woman or her condition after the incident was not disclosed.

APD said detectives are investigating leads and are actively working on the case. Approximately 140 cases of robbery/jugging were reported in 2022.

APD encourages people to be aware of their surroundings at all times. In addition, the department encourages financial institutions to protect their customers and neighbors by installing modern, high-definition surveillance systems. That would help investigators identify interesting people and times and determine trends, APD said.

Anyone with information should contact the APD at 512-974-TIPS. You can submit your tip anonymously through the Capital Area Crime Stoppers Program by visiting austincrimestoppers.org or by calling 512-472-8477.

Why was Glass Onion: Knives Out Mystery canceled during the early pandemic?