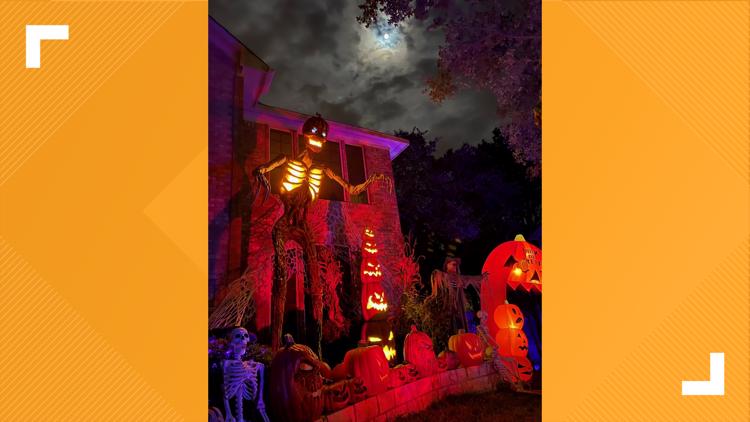 Everything for a good cause – children’s cancer research.

AUSTIN, Texas — An Austin family is hoping their over-the-top Halloween display can do more good than evil this holiday season.

Michelle Kordinak told KVUE that this year they decided to decorate their house with spooky skeletons as part of “Skeletons for St. Jude,” a nationwide fundraiser for St. Jude Children’s Research Hospital.

The goal is to raise as much money as possible to get sick children healthy and out of the hospital so they too can enjoy these performances.

“The fundraiser originated in 2020 in Holly Springs, North Carolina, when the Robertson family placed a St. Jude donation sign in their yard after a local television station aired their skeleton Halloween show,” the event organizers wrote in a press release. “After raising $8,200 in just a few weeks and meeting several families affected by childhood cancer, the Robertsons were moved to make the fundraiser an annual event.”

You can visit the Kordinaks exhibit at 11305 Pompey Court in Austin. Signs will be posted in the courtyard with instructions on how to donate.

Boy George and Culture Club’s set was canceled at ACL Fest due to lack of time, but fans got what they wanted