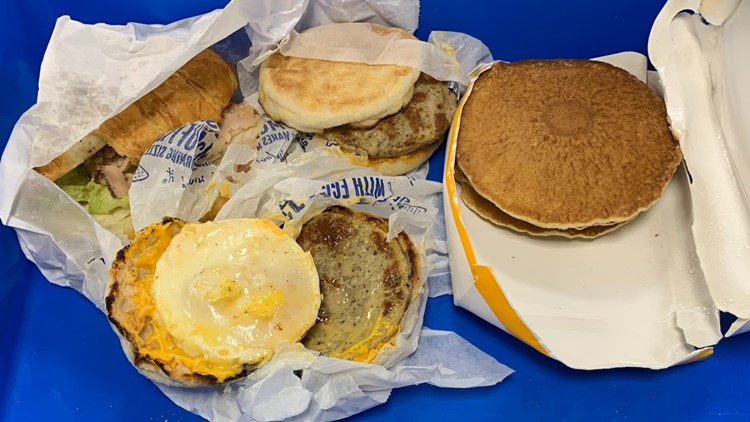 DARWIN, NT – A man returning to Australia from Indonesia has been fined thousands of Australian dollars after airport security found several McDonalds groceries in the man’s luggage after he landed.

This was announced by the Australian government in a statement The man was spotted by a “biosecurity sniffer dog” trained to sniff out meat. When security forces inspected his backpack, they found two McMuffins with eggs and beef sausage from a McDonald’s restaurant in Bali and a ham croissant.

The man, who has not been identified, faces a fine of US$2664 (AUS) – the equivalent of about US$1843.45 – for the smuggled sandwiches. Officially, the violation notification is a failure to declare potential high biosecurity risk items and to provide a false and misleading document.

“This is going to be the most expensive Maccas meal this passenger has ever eaten,” said Murray Watt, Australia’s Minister for Agriculture, Fisheries and Forests getting caught.

McDonalds, called Maccas in Australia, is the world’s largest restaurant company with over 37,000 locations in 120 countries.

Undeclared meat products are banned from entering Australia to prevent the spread of diseases like foot-and-mouth disease to the island nation.

Foot and mouth disease is a common childhood virus that causes sores in the mouth and a rash on a patient’s limbs, among a variety of other symptoms. It is spread through direct contact with saliva or mucus. More than 200,000 cases are reported each year, but none in Australia – and Watt said officials want it to stay that way.

The Australian government said the confiscated food would be tested for foot-and-mouth disease and then destroyed.

‘Don’t make me kill you – because I will’: Military veteran holds an armed police suspect at gunpoint until police arrive