James Cameron and Stephen Rivkin walk IndieWire through the editing of the actors’ capture performances before Cameron shot the film with a virtual camera.

The credits for Avatar: The Way of Water list four editors: Stephen Rivkin, David Brenner, John Refoua, and director James Cameron (who, along with Alfonso Cuarón, is one of only two directors to have won an Oscar for Best Editing ). According to Cameron, this only hints at the tremendous amount of work that goes into putting his epic adventure together. “We had four editors who were on the show for five years, two other editors who were on the show for a year or a couple of years, and then a team of about a dozen assistants split between Los Angeles and New Zealand,” Cameron said to IndieWire. “It’s very editing intensive, and that’s because you’re basically editing the whole movie twice.”

Rivkin, who previously worked with Cameron on the first Avatar and Cameron-produced Alita: Battle Angel, spent a total of seven years on Way of Water due to his role in pre-production Assemble demonstration reels for the studio. While he spent some of his time working on footage for future Avatar films, he spent most of those seven years on Way of Water, which is incredible given the performance capture techniques Cameron used Requirements for the editing team recorded their actors’ performances as reference material for the CGI characters that would ultimately populate the film.

“Our first job in shooting the scenes is to go through the dailies with Jim, figure out what takes he’s interested in, and create what’s called a performance cut,” Rivkin told IndieWire. “That would be the actors in the tape, which is pretty much an empty stage. They’re basically acting in a black box, so let’s look at the raw performances of these actors and how they relate to each other.” At this point in the process, Cameron and his editors didn’t select any shots or angles, just the performance shots , which Cameron was able to use later in the process when creating his compositions using a virtual camera, a process that allowed for much more flexibility than traditional filmmaking. 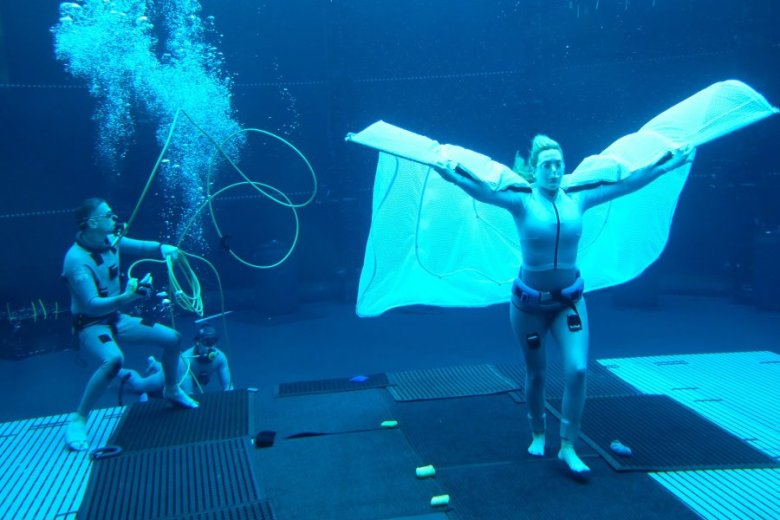 “We don’t have to limit ourselves,” Rivkin said. “We can combine takes – an actor could be from take one and an actor could be from take three if that’s where they do their best. Sometimes we even stitched performances by the same actor together in different takes.” These performances were used to create what Cameron called “Loads” to serve as material for the director’s virtual camera process. “It takes months to create the scene files,” Cameron said. “Then the actors have all gone to other shows or vacations, and I use my virtual camera to actually start shooting the coverage from these scene files that the editors have put together.”

“We create these files that can be shot at a later date to create the best moments for the actor,” Rivkin added. “One of the amazing things is that each shot can then become a wide shot, a medium shot, a close-up shot, a dolly shot, or a crane.” After about 18 months of performance capture, with the actors working on the creation in parallel with the shoot working on the scene files, Cameron began his virtual camera process. “I start figuring out what’s a close-up and what’s a long shot and this and that,” says the director, “and playing around with the lighting and the moving scenic elements. Then the shots actually start coming in and at that point you now have to edit everything again.”

Behind the Scenes of Avatar: The Way of Water

As noted by Rivkin, the virtual photography took place months, sometimes years, after the first performances were taped, and this second edit of footage taken by Cameron with his virtual camera was sent to visual effects house Wētā Workshop for completion and rendering. Although Wētā created digital characters as avatars for the human actors, Rivkin is careful to insist that “Avatar” is not an animated film. “Performance assessment is no different in assessing performance than assessing a live-action film,” he said. “They look at their performance, their emotions, their eyes – how did they interact with other actors on set? You still use the same criteria you would use to evaluate the performance of any actor.”

“That’s the essence, and that’s what makes a big difference between performance capture and animation,” Rivkin continued. “Animation is something where you create characters and usually an actor comes in to replace an assistant’s voice and then create the character. This is live-action filmmaking in the sense that it begins with the actor’s performance and ends with the actor’s performance fully rendered. If people say it’s animated, it’s not animated. It’s a live-action film with real actors performing everything, and those actors did an amazing job.”

For Rivkin, one of the greatest satisfactions of working on Way of Water was seeing the performances come back to life in the final rendering created by Wētā after applying the original facial data to the virtual models had, using every gesture and expression produced by Wētā the actors. “One of the most exciting things is seeing those performances that you put together months, sometimes years before come back in the final render where you would see every detail in their faces and the performances originally selected,” he said. Cameron added that the editing occasionally needed tweaking after the effects work revealed subtleties in the performances that the editors had missed. “Every once in a while we’ll discover that we’re right on the brink of an expression change, and we don’t really see that until we see the final expression coming through the facial pipeline,” Cameron said. “Then we extend the recording by half a second or a second. That’s a fun discovery when you realize the actor is doing something with such nuance that you didn’t see it in the editing process. That’s super cool.”

https://www.indiewire.com/2022/12/avatar-the-way-of-water-editing-behind-the-scenes-james-cameron-1234794349/ Avatar: The Way of Water Cut: Behind the Scenes with James Cameron

Brazilian soccer legend Pelé, winner of a record three World Cups, has died at the age of 82