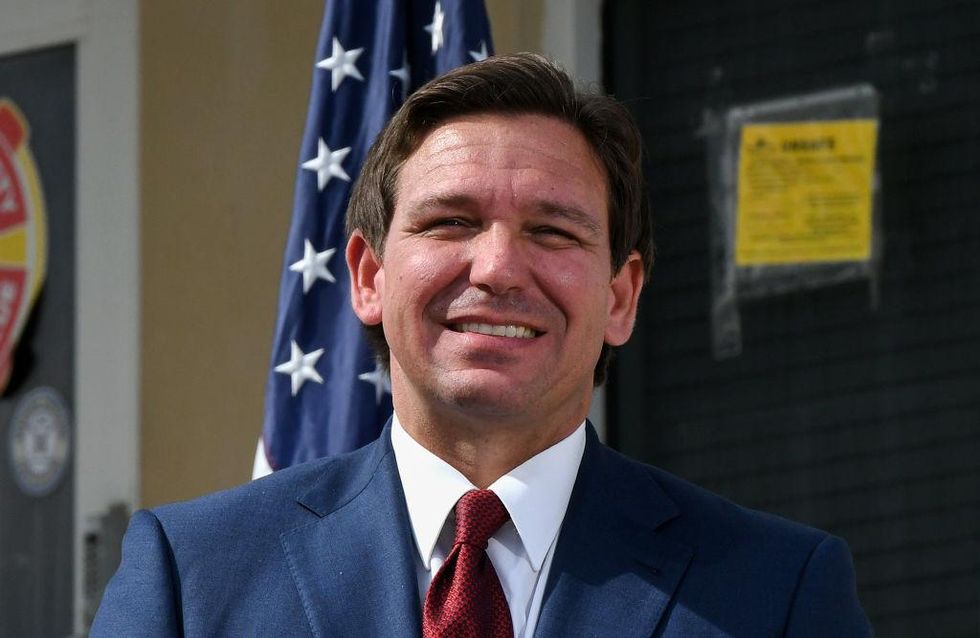 During Remarks On Monday, Florida Gov. Ron DeSantis said he believes a school district would be within its right to require kids to stow their phones somewhere like a “caby” so they won’t be distracted during class — he suggested that children could use their phones during recess.

“He’s so dangerous in every way. Truly an authoritarian figure,” said Ruth Ben-Ghiat, a professor at New York University tweeted in response to a clip of DeSantis’ remarks.

\u201cHe is so dangerous in every way. Truly an authoritarian personality\u201d

“He’s dangerous because he thinks students shouldn’t use the phone in class?” Tim Meads of the Daily Wire tweeted.

“When I saw this tweet, I braced myself for a terrible example of DeSantis’ authoritarianism. Instead, I heard a governor say that schoolchildren should put their cell phones in a bin during class,” said David Bernstein, founder of the Jewish Institute for Liberal Values tweeted.

“It seems authoritarian now for teachers to control their own classrooms,” said Dan McLaughlin of National Review tweeted.

In another tweet, Ben-Ghiat added“It’s not the phones, it’s the people. It’s the arrogance of a man who wants to control everything and everyone: companies, students, other politicians. He wants to dictate what you learn and read, how you train your staff, and more.”

DeSantis, who won a second term during the Sunshine State’s gubernatorial race last year, is widely viewed as a figure who could potentially make a bid for the White House in 2024.

Ben Ghiat has claims that “the goal of #strongmen like Trump is to make Americans their worst selves so that his trash (lying corruption violence) becomes the norm in politics and makes the emergence of authoritarian rule much easier.”

\u201cThat’s because the goal of #strongmen like Trump is to make Americans their worst selves so that his trash (lying corruption violence) becomes the norm in politics and the emergence of authoritarian rule becomes much easier.\u201d

Russia on the march for 140,000 soldiers dead at one-year mark of war: Ukraine

"FBI: International" Luke Kleintank does not leave the role of Scott Forrester