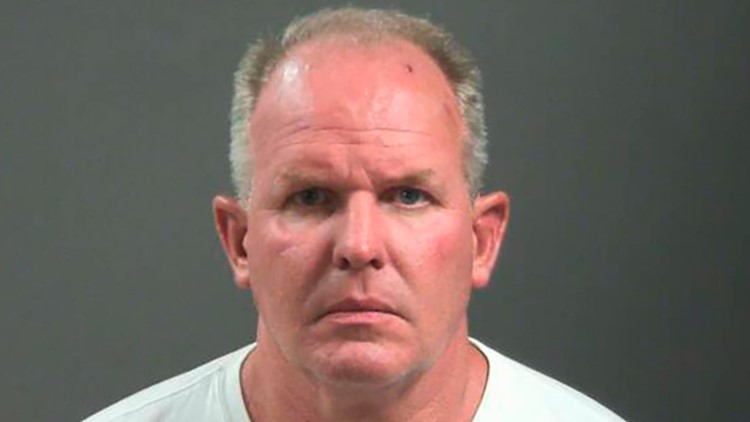 Beyond Meat executive Doug Ramsey has been charged with assault and terror threats after a street riot following Saturday’s Razorback game.

FAYETTEVILLE, Ark. – Was an executive at a vegan food company charged with crime battery and a terrorist threat after a riot outside a football game in which he is accused of biting a man’s nose, according to Washington County Jail logs.

Beyond Meat chief operations officer Doug Ramsey was accused of committing a road rage outside of Saturday’s game between the Arkansas Razorbacks and the Missouri State Bears in Fayetteville, Arkansas, officials said.

A police report says the 53-year-old Fayetteville man assaulted another man who was trying to move in front of him in a lane of a parking garage and struck a wheel on Ramsey’s SUV. A police officer responding to the reported disturbance arrived and found “two men with bloodied faces,” the report said.

After speaking to Ramsey, the other man and a witness, the officer determined that Ramsey had gotten out of his SUV and punched “through the rear windshield” of the other car. The driver of the other vehicle said he got out of his car and Ramsey “pulled him closer and began hitting his body” and “bited the owner’s nose, tearing the flesh at the tip of his nose,” the officer reported.

This man and the witness also reported that Ramsey “threatened to kill him.”

Beyond Meat has not responded to messages from The Associated Press for comment.

RELATED: Man who killed customer for cutting him in line at Popeyes sentenced to 22 years

Stream 5NEWS around the clock in the 5+ app: How to watch the 5+ app on your streaming device

To report a typo or grammatical error, please send an email KFSMDigitalTeam@tegna.com.