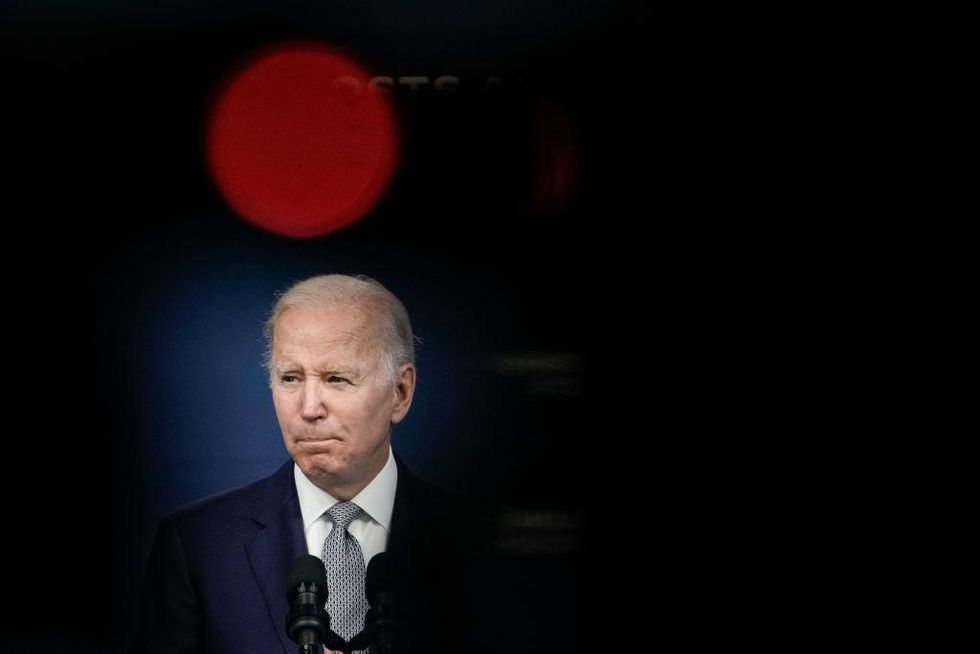 It has only been three weeks since its inception, and the Biden administration’s ill-fated censorship agency, the Disinformation Governance Board, is already reeling.

The Washington Post reported Wednesday that the Department of Homeland Security had officially “paused” the board after days of dramatic back-and-forth talks about its future.

On Monday, DHS had reportedly decided to shut down the board permanently. But apparently its backers found enough favor to keep the project alive pending review — perhaps just to avoid the embarrassment of it collapsing even faster than CNN+.

In all likelihood, the reviled body will not continue. But even if it does, it will continue without its infamous first female director, “disinformation expert” Nina Jankowicz.

Jankowicz officially tendered her resignation from the board on Tuesday, say in a statement“With the board’s work on hold and its future uncertain…I have made the decision to leave DHS to return to my public sector work.

“It is deeply disappointing that mischaracterizations of the Board have become a distraction from the important work of the department and indeed, together with recent events at the global and national levels, embodies why this is necessary. I stand by my commitment to raising awareness of the threats of disinformation and trust the department will do the same,” she added.

Statement from @wiczipedia: “With the Board’s work on pause and its future uncertain, I have made the decision to leave DHS to return to my public work. It is deeply disappointing that mischaracterizations of the board have become a distraction from the department\u2019s important work” pic.twitter.com/AG8GjoFp1i

The panel had been the subject of scrutiny and ridicule for weeks since its inception, as critics from across the political spectrum dubbed it Stalinist and likened it to the Ministry of Truth from George Orwell’s classic novel 1984.

It was launched with the stated goal of “countering internal security-related misinformation that specifically focuses on irregular migration and Russia.” Though many were quick to recognize the scheme for what it really was: a group of leftist elites empowered to determine what is and isn’t true.

Jankowicz’s own background added fuel to the fire. The so-called “expert” on Russian misinformation willingly spread talking points about Trump-Russia collusion from Christopher Steele’s later debunked dossier in 2016. Then, in 2020, she repeated unsubstantiated claims that Hunter Biden’s laptop was part of a Russian disinformation campaign, and even called it a “Trump campaign product”.

Most recently Jankowicz called she “shudders[s] to ponder” the consequences of “free speech absolutists… taking over more platforms”.

And of course, if the nail wasn’t already in the coffin, a crooked video by Jankowicz sing an altered version The lyrics to the Mary Poppins song “Supercalifragilisticexpialidocious” went viral online and received overwhelmingly negative backlash.

“Information laundering is really quite cruel. It’s when a huckster picks up some lies and makes them sound precocious. By saying it in Congress or a mainstream outlet, the origins of the disinformation are a little less gruesome,” she sings in the parody song, adding:

“You can just call me the Mary Poppins of disinformation,” Jankowicz wrote in the caption of the February 2021 Twitter post.

You can just call me the Mary Poppins of disinformation

In reporting on the panel’s demise, Washington Post columnist (Doxxer) Taylor Lorenz decried Jankowicz’s experience as “a prime example of how the right-wing internet apparatus works, where far-right influencers try to identify a target, to present a narrative and then repeat false characterizations across social media and websites with the goal of discrediting and attacking anyone who tries to challenge them.”

But that assessment is hard to take seriously, since both Jankowicz’s and the disinformation board’s unraveling were entirely due to problems they caused.

Instead of lamenting the news, Republicans celebrated it online.

representative Jim Jordan (R-Ohio) called it a “huge win for freedom of expression!” and journalist Glen Greenwald adding that this is “cause for a momentary celebration”.

The Washington Examiner Seth Mandel also joined in, joking, “The termination of the Jankowicz board is the biggest step any administration has taken to combat disinformation, time to give Biden his props here.”