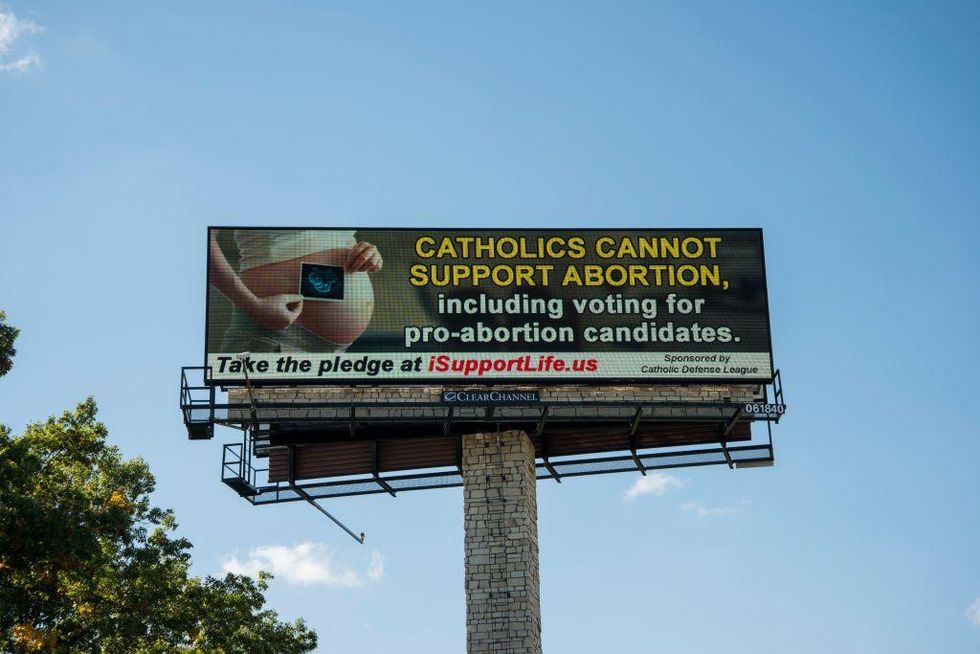 On September 13, Republican Senator Lindsay Graham (SC) introduced a bill with the title “Act to protect unborn children who are capable of pain from late abortions”. The proposed law would ban abortions after 15 weeks of pregnancy except in cases of rape, incest or to save the mother’s life.

This week President Joe Biden, the second self-proclaimed Catholic President in U.S. history, discussed Graham’s bill speaking to a Democratic National Committee fundraiser in New York. He said: “I happen to be a practicing Catholic. … My church is not even making that argument now.”

Claiming that the abortion policy is consistent with church doctrine or that the act itself is considered lawful by the church, when both were the case repeated by other Democratic politicians and potentially politically meaningful, is wrong, at least in the opinion of the Pope and the Church.

Not according to the pope

Pope Francis earlier this summer referred on Biden’s support for abortion as “incoherent”. Referring to an unborn child, the Pope said: “There is human life. Is it fair to eliminate a human life?”

In 2018Pope Francis denied, claiming that it is wrong to take the life of any human being, regardless of their age or stage of development. “Getting rid of someone is like using a hitman to solve a problem.”

The pope added, “How can an act that oppresses an innocent and helpless life while it thrives be therapeutic, civic, or simply human?”

Pope John Paul II, recognized as a saint by the Catholic Church in 2014, sentenced Abortion and euthanasia as moral “crimes” that he says have been misunderstood as individual rights in a growing “culture of death.”

Pope Francis has since built on the themes of his predecessor criticized a “culture of indifference and waste” and urged families not to “let themselves be poisoned by the poison of selfishness.”

“We are victims of the throwaway culture. … Today [abortion] has become a ‘normal’ thing,” he said in an address delivered on September 27, 2021“a very bad habit; it really is murder.”

This summer, the Pope said Reuters that he respects the Supreme Court ruling of June 24, which was overturned Roe v. calf. Although he admitted he didn’t understand the full legal implications of the court’s ruling from a “technical point of view,” he stressed that abortion was “a problem.”

He suggested that the science is clear. “Today’s science and every book on embryology … tells you that 30 days after conception there is DNA and all the organs are already laid out. … It’s a human life – that’s science. The moral question is whether it is right to take a human life to solve a problem.”

On board the papal plane on September 15, Pope Francis said: “It is true that the West is degenerating. … The West has taken the wrong path.” Contrary to Biden’s suggestion, the Roman Pope declared: “If you kill – with motivation, yes – you will end up killing more. It’s not human. Let’s leave the killing to the animals.”

Not according to the Catholic Church

“The Catechism of the Catholic Church” is an official document that summarizes the main beliefs of the Catholic Church. It shows the Church’s explicit condemnation of abortion along with its procurement, provision and support. In addition, it indicates that those who formally participate in an abortion participate, be excommunicated and thereby cut off from the Church.

With biblical and theological justification and corroboration also provided, the Catechism says the following:

According to its Catechism, the Catholic Church not only condemns abortion as it intends to ban Graham’s bill, but would support the 15-week ban on abortion, including embryo killing.

After this Dobbs Archbishop William E. Lori of Baltimore issued a statement on the decision saying“In response to the Dobbs decision, I have called for wounds to be healed and social divisions to be healed…and to come together to build a society and economy that supports marriages and families, and where every woman has the support and resources that she has to bring her child into this world in love.”

In addition, he said, “It is deeply disturbing and tragic that President Biden is choosing instead to use his power as President of the United States to promote and facilitate abortion in our country and is seeking all possible avenues to help save the unborn.” children their most basic human and civil right, the right to life.”

Archbishop Lori said that after Dobbs During his sentencing, Biden attempted “to use executive branch power … to facilitate the annihilation of defenseless, speechless people.”

In AugustIn response to Biden’s executive order to facilitate abortion, the US Conference of Catholic Bishops’ Committee on Pro-Life Activities stated: “The continued promotion of abortion costs lives and irreparably harms vulnerable pregnant mothers, their families and society. It is the wrong direction at a moment when we should be committed to supporting women and building a culture of life.

In 2008, then-Vice President Joe Biden was similar called out by Bishop Joseph Martino (now Bishop Emeritus). “I can’t have a vice president-elect come to Scranton to say that’s where he learned his values ​​when those values ​​are totally against the teachings of the Catholic Church.”

At the time, Kansas City Archbishop Joseph Naumann said of self-proclaimed pro-abortion Catholic politicians: “You cannot call yourself a Catholic if you violate such a fundamental belief as the dignity of the unborn child.”

According to Graham, by accepting his bill: “We would be in the mainstream of almost everyone else in the world. … There are 47 out of 50 European countries that have banned abortion for 12 to 15 weeks.”

Graham explained the importance of the 15 week mark. Next to the fact With over 90% of abortions in the US being performed before 15 weeks, “science tells us” that at this point in a pregnancy, unborn babies have the necessary nerve endings to feel pain.

He asked, “If you need anesthesia to keep the baby out of pain and save his life, should we as a nation abort babies who can experience excruciating pain from an abortion?”

Jeanne Mancini, president of March for Life, claimed, “Politicians who vote against this bill will oppose science and the American public, not to mention compassion for women and babies.”

House Speaker Nancy Pelosi, another self-proclaimed Catholic who has suggested it is a “sin” to restrict abortion, suggested that Graham’s bill is the product of “those in the party who believe that life begins with a candlelight dinner the night before” that they would like also refer as “extreme MAGA Republicans”.

The bill, as proposed, would eliminate “particularly cruel or barbaric medical procedures,” preserve “the integrity of the medical profession,” and alleviate fetal pain, among other things.