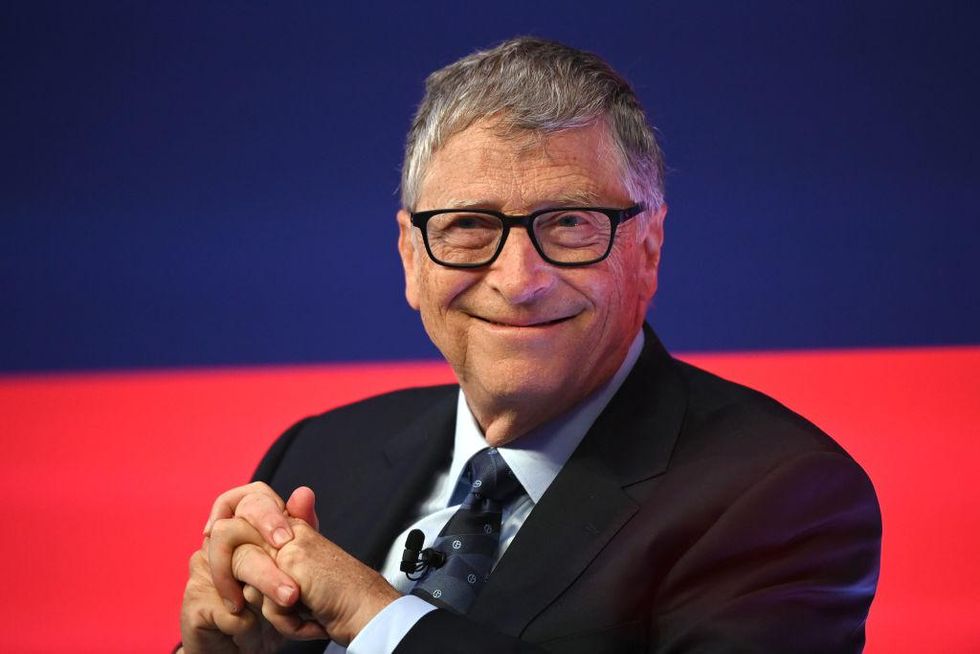 Bill Gates – the software developer – continued his media blitz to promote his new book about how he thinks the world could prevent the next pandemic. Gates’ last appearance was on CNN – where he urged people over 50 to get COVID-19 vaccine boosters every six months. The Microsoft co-founder also presented his thoughts on a popular conspiracy theory about him.

Gates, 66, announced last week that he had contracted COVID.

“I tested positive for COVID. I have mild symptoms and am following expert advice in isolating myself until I recover,” Gates wrote Twitter. “I’m fortunate to be vaccinated, updated and have access to testing and great medical care.”

CNN host Anderson Cooper told Gates that he “only got three shots total” but was also infected with COVID-19 in April.

Cooper asked the software developer, “So I’ve been trying to figure this out myself, but I assume you know the answer to that, so I’m just asking, when are you going to be boosted again?”

Gates replied, “Yes, an infection where you get a high viral load would be like a vaccination, but you know to be sure you’re probably going to be vaccinated every six months.”

“For people who are 50 or 60 years old, they probably need a booster every six months until we get even better vaccines,” Gates said during a Friday night appearance on AC360.

“As we get more data, they could maybe even make it shorter for people, say, 60 or over 70, where the duration seems to be a little shorter,” Gates continued. “So we’re ready for an ongoing vaccination to stay absolutely safe.”

Bill Gates: People over 50 or 60 probably need a booster every 6 months until we get even better vaccines; So we are set for an ongoing vaccination to remain absolutely safe… pic.twitter.com/zqHXbCPzkK

Cooper also asked Gates about the popular conspiracy theory that has plagued him over the years.

In late spring 2020, unsubstantiated rumors began circulating that the COVID-19 vaccine contained tracking microchips and that the Gates Foundation was spending billions of dollars to ensure all medical procedures were microchipped in patients.

A YouGov survey of May 2020 found that 28% of Americans believed that “Bill Gates wants to use a mass vaccination campaign against COVID-19 to implant people with microchips that would be used to track people with a digital ID.”

The conspiracy theory that Gates is using COVID-19 vaccines and medical procedures to implant microchips has been debunked by PolitiFact, FactsCheck.org, Reutersand the BBC.

cooper told Gates: “You are a champion by rights [the vaccine]obviously it’s a marvel of modern science, but there’s this paradox that maybe the speed at which it was created also increased some hesitation, and I think fueled those conspiracy theories.”

Cooper then asked, “How do you deal with conspiracy theories? People think you’re tracking people through microchips that go into the vaccine.”

Gates replied, “It’s fun to click on simple explanations. The ones about tracking people, I don’t know why they think I’m interested in knowing people’s locations.”

He added: “If it stops people from getting vaccinated, that’s tragic.”

On the subject of COVID vaccine hesitancy, Gates said, “Well the hesitation has gone down a bit, you know, initially it was 60% of the population, but when they saw their friends get vaccinated and they had very rare side effects, you saw how their friends were protected and the people with serious illnesses were mostly the unvaccinated, most of the people passed by.”

“Now the US still has a lower immunization coverage rate than many other countries, so we have yet to find out: Who do these people trust? Are you open minded? Because it’s to their benefit and the people around them.” He continued. “So I’m surprised the US is so tough and, you know, even a little bit political.”

Gates addressed another conspiracy theory that he is pushing vaccines to make a profit.

“You know, we’ve spent billions on vaccines and saved millions of lives,” he said specified. “If you just reverse that and say, ‘No, we’re trying to make money off vaccines, you know, and not to save lives,’ that’s a popular conspiracy theory.”

Earlier this month, Gates made headlines when he admitted COVID was “a kind of flu.” He also acknowledged that the vaccines were “imperfect in two very important ways.”