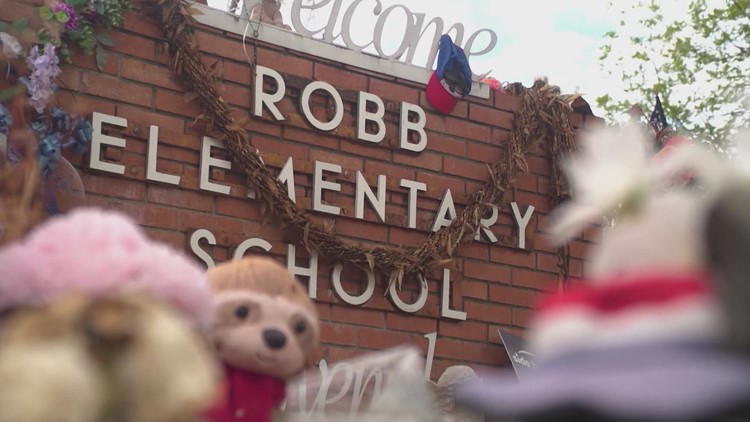 The Texas Democrat’s proposal would grant $7.7 million to the families of the 19 children and two teachers killed at Robb Elementary School on May 24.

UVALDE COUNTY, Texas — A bill that would award millions to victims of the Uvalde school shooting is expected to be introduced in the 2023 Texas legislative session.

The proposal would award $7.7 million to each of the families of the 19 children and two teachers killed at Robb Elementary School on May 24, 2022. The bill also plans to award $2.1 million to victims injured in the mass shooting and $250,000 to anyone who has suffered a mental or emotional disability as a result of the shooting.

The total fund would be $300 million.

Democratic Texas Senator Roland Gutierrez, who plans to introduce the law and whose district Uvalde is in, says millions of dollars have already been raised to help victims. But he added that they had to jump through hoops to get that money.

“I’ve tried to create amounts that are realistic and within my ability to speak to my colleagues to do something appropriate,” Sen. Gutierrez said in a news conference Wednesday.

He said there had been other massacres but this one was different due to the delay in law enforcement response.

“In none of these other massacres did the police take 77 minutes to act. The average mass shooting in the United States lasts 10 minutes. That didn’t happen here,” Senator Gutierrez said.

Read the full text of the law below:

The board would then meet to verify the “truthfulness” of each application. If approved, the funds would be paid to the applicant. While the legislation doesn’t specify where the money will come from, Sen. Gutierrez did mention the surplus fund at the press conference. He said it currently has $27 billion.

He likened the proposal to a victim compensation fund for the victims of 9/11.

This is an evolving story and more details will be added as they come in.

https://www.kvue.com/article/news/special-reports/uvalde-school-shooting/roland-gutierrez-uvalde-texas-robb-victims-legislation-money/273-c0bf1c71-c64b-4ed3-a63e-ea5680df7f01 Bill in the Texas Legislature would award millions to Uvalde victims