In the non-fiction book Bitterbrush, two women at the shooting range turn “cowboy” into a verb.

Emelie Mahdavian didn’t want to undermine the campfire western’s tropes. The documentary filmmaker (Sundance 2019 entry “Midnight Traveler”) had lived off the grid near Mackay, Idaho for three years and revived a local independent cinema with her husband. She had been looking for a way to explore the country people’s relationship to the land when she met Hollyn Patterson, a woman who made a living as a cowboy. (For Rangerider, “cowboy” is a verb.) When she heard that Patterson was planning a cattle drive with a friend, Colie Moline, that summer, Mahdavian persuaded the two women to let her shoot him.

The result was Bitterbrush, which debuted on Telluride and is now making its way to PVOD. (Magnolia gave it a week head start in theaters.) From the start, Mahdavian was forced to confront her assumptions about cowboys. She found Patterson “oddly stylish,” and both women are not only experienced horse and dog trainers who grew up on the grounds, but are also articulate, have college degrees and are media savvy. She was surprised when Moline asked what she wanted audiences to take away from the film. Mahdavian told her she wanted them “to understand the cowboys in this place,” she said. “And that lifestyle that’s often not quite caught up in people’s imagination of how they experience it.”

“Bitterbrush” captures the dramatic beauty of Idaho’s remote landscape, as well as its dangers and limitations. While the friends band together on the ride and find joy in the rigors of the cow-punching life, they’re also trapped as low-wage earners in a dead-end work-for-hire system. They discuss their options, including deciding to settle down to start a family. That becomes even more urgent when a cowgirl discovers she’s pregnant. “That was a surprise,” Mahdavian said. 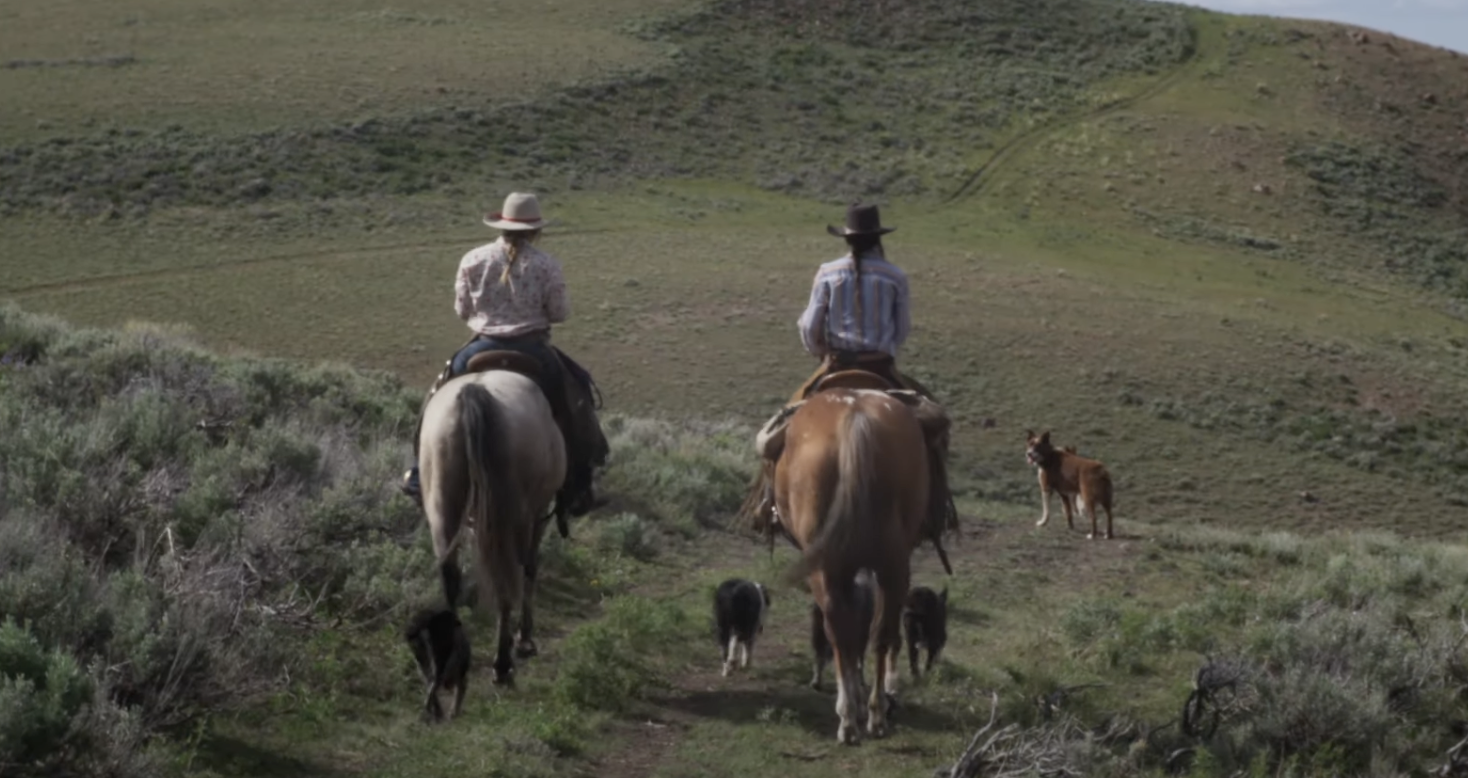 Moline was keen to talk about the economic difficulties. “Coley cares about the future of the industry as a whole and about the culture she was raised in,” Mahdavian said. “She also longs very much to run her own ranch. The challenge is not to inherit a ranch. Then how do you go out and carve your own claim in the world when these are multi-million dollar ranches and you have a seasonal gig job? How do you ever bridge that gap?”

The film immerses viewers in a vivid contemporary Western landscape that subverts the male cowboy myth and assumptions about what women are capable of. “I realized that the outside world didn’t always reflect my self-image,” Mahdavian said. “And I’m totally fascinated by the details and the working process: ‘What are these commands? And how do you train these dogs?’ It’s such a rich, highly skilled thing that they do. I spoke to them about their personal concerns, but in the film I wanted to reconcile that with the work that is central to them.”

The logistics of filming horses, dogs and cattle traversing the rugged River Range mountain terrain were “insane,” said Mahdavian, who was eight months pregnant when filming began and couldn’t ride a horse. “Luckily I knew the hills because I lived very close by. These places cannot be reached by truck. You can only get there by horse, or you can sometimes get there by ATV part of the way if you can take a trail.

When she wasn’t pregnant, the filmmaker carried gear on one horse and followed her cameraman on the other. She didn’t try to walk and talk on horseback, but she pretended to be the riders and listened to their dialogue. “It’s enough if we try to keep up with them,” she said. “The way they joke with each other, no interview could step in and get something better out of it.”

During the 16 total days of shooting, the biggest challenge was shooting a sudden snowstorm that “turned her cameraman into a popsicle,” she said, and most dramatically, chasing down a sick cow. “We’ve ridden them so far, all the way up the mountain, over 12,000 feet. Physically it was an eight or nine hour grueling day coming back in the dark. There is also a lot of slate. The risk is that the horses will slip and fall.”

The director decided that drones were not an option. “I wanted to be with them and the physicality of the work,” she said. “I didn’t want us to go to some distant mechanical point of view. I wanted to stay with them and see how they see things.”

Mahdavian knew the story would be framed from June to September 2019, beginning with the women entering their mountain eyrie and ending with the snow, plus an epilogue filmed in April 2020. She refined the editing to reflect “the richness of her characters and their friendship,” she said. “What you can’t create is friendship. At the time I was with Coley up at that ranch in Montana where she was working nights and she was on the phone with Holland, there was nothing you as a director could do but thank the stars and try to be good film capture that deep love and friendship that they have. You’re really trying to do justice to something that deserves credit.”

Next: Mahdavian now teaches at the University of Utah in Salt Lake City, four and a half hours from her cabin. She is developing a film about women glaciologists in Antarctica: “Obviously I have a soft spot for women who work in cold places.”

The decision of Roe v. Wade is likely to financially harm "marginalized" women