Just like Jimmy McGill, Bob Odenkirk’s new AMC series is also changing its name. The upcoming series with the original title heterosexual manis now called Lucky Hank, TVLine has confirmed. The series is slated to premiere in the spring.

Based on the novel heterosexual man by Richard Russo Lucky Hank is a “midlife crisis” story set on a fictional college campus in the Pennsylvania Rust Belt. Odenkirk plays William Henry “Hank” Devereaux Jr., the unlikely chairman of the college’s English department. Aaron Zelman (damage) and Paul Lieberstein (The office) adapted the book and serve as co-showrunner.

It won a series order last April The killing Alum Mireille Enos later agrees to play Hank’s wife, Lily, the assistant principal at the local high school. “As Hank’s life spirals out of control, Lily begins to question the path she’s on and the choices she’s made,” reads the official description.

We also got our first look at Odenkirk and Enos in Lucky Hankthanks to a set of new photos from the series — Scroll down to see more and leave your first impressions in the comments. 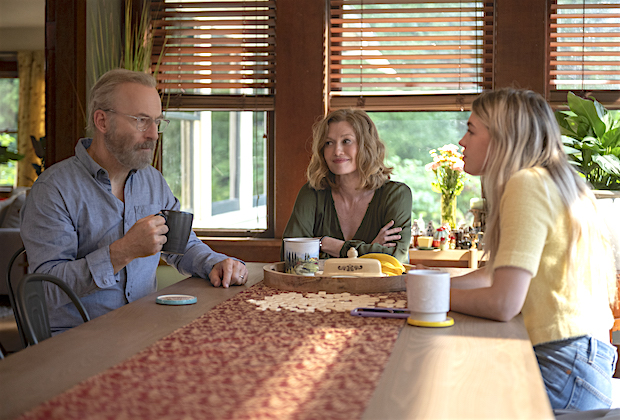