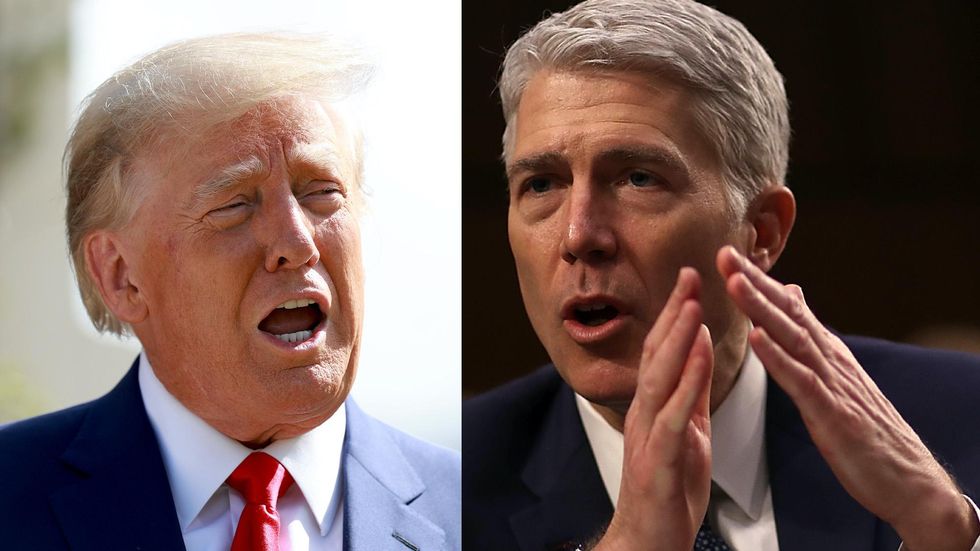 The Supreme Court one-sided with a group of Republican states asking that Title 42 immigration policies remain in place until the court can hear the full arguments of the litigants.

The verdict was handed down Tuesday afternoon by a five-to-four vote, with Justice Neil Gorsuch siding with the Liberal wing.

The lawsuit was filed by Republican attorneys general from 19 states, led by Texas, who protested the end of Trump-era policies because it would lead to a massive wave of illegal border crossings.

Title 42 has been dubbed the “Remain in Mexico” policy because it allows the US government to deport migrants who apply for asylum to Mexico, rather than allowing them to remain in the US while their applications are processed. Critics say migrants whose applications are denied often ignore orders from law enforcement and are in the US illegally.

Supporters of illegal immigration and others on the left say the policies are motivated by racism and xenophobia and are causing asylum seekers to experience undue suffering while waiting in Mexico. They also argue that the order’s emergency basis, the coronavirus pandemic, is no longer a present threat to justify the policy.

Gorsuch disagreed with the majority Conservative decision, arguing that since the coronavirus pandemic is no longer in the US, Title 42 should end as requested by the Biden administration

“[T]The current border crisis is not a COVID crisis,” Gorsuch said wrote in his contradiction.

“And courts should not be concerned with upholding emergency-only administrative orders because elected officials have failed to address another emergency,” he added. “We are a court, not a decision-maker of last resort.”

The court set a February date to hear the arguments in the case. A final decision is expected in June.

Here’s more about the verdict:

Ron DeSantis offered his home to Chaya Raichik, the creator of Libs of TikTok

1923 reveals the fates of two members of the Dutton family, while Aminah Nieves explains why she took on the role