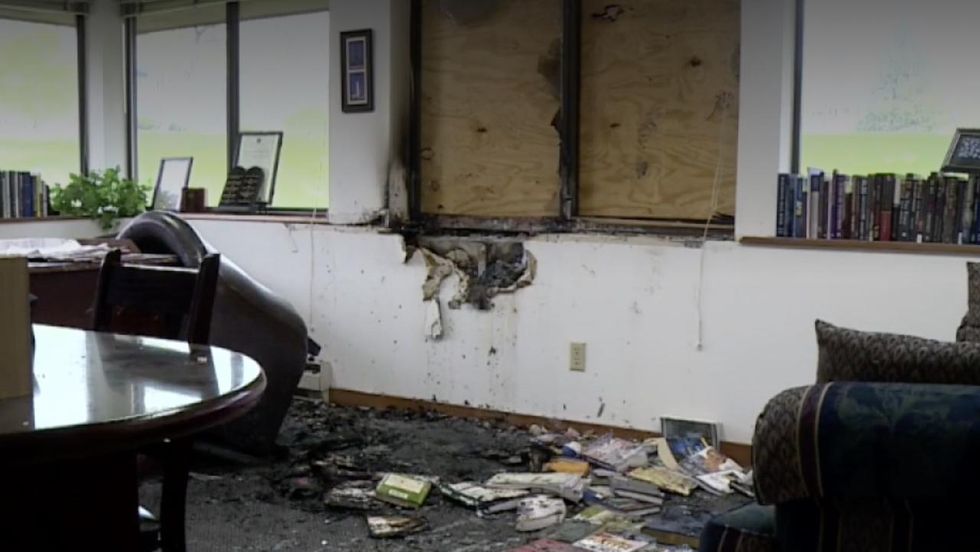 An anti-abortion group in Wisconsin received a series of chilling death threats on voicemail after a Molotov cocktail attack damaged its headquarters last weekend. One of the messages came courtesy of a sinister character who wrote, “Burn, Jesus freaks! Burn, burn, burn!” sang.

Wisconsin Family Action was targeted after a draft Supreme Court decision was overturned Roe v. calf was leaked on May 2nd.

First came the Molotov cocktail attack, which resulted in fire damage; also, a spray-painted message outside offices read, “If abortions aren’t safe, then neither are you.”

One woman asked if the attack was due to arson or was “god” showing the group “an example from hell” as that’s where the “misogynistic” WFA was supposed to be.

One man left a message saying, “You’re all going to burn… you’re following the damn devil” and “I hope you’re all burning… this is what you deserve.”

Another man stated, “Whoever started this fire is a true American patriot. You guys are just the absolute scum of the planet. And it’s a shame your whore mothers didn’t abort every single one of you. I hope you all get cancer…”

Wisconsin family action mission is to promote “Judeo-Christian principles and values” in the state by “strengthening, preserving and promoting marriage, family, life and liberty”. In particular, it “supports the sanctity of human life from the moment of conception to natural death. This includes fighting laws that encourage the destruction of human life — which begins at conception — through abortion and other means.”

Madison police are reportedly investigating claims by a group known as “Jane’s Revenge” that she was responsible for the Wisconsin Family Action arson. Fox News reports.

A statement attributed to the group heralded more impending violence against pro-life groups, the cable network said: “This was just a warning. We demand the dismantling of all anti-choice institutions, fake clinics and violent anti-choice groups within the next thirty days. This is not just a ‘disagreement’ as some have put it. We are literally fighting for our lives. We will not sit still while we are killed and forced into bondage.”

The statement added that “next time, the enslavers’ infrastructure will not survive. Medical imperialism will not face a passive enemy. Wisconsin is the first hot spot, but we’re all over the US and we won’t be issuing any further alerts,” Fox News said.