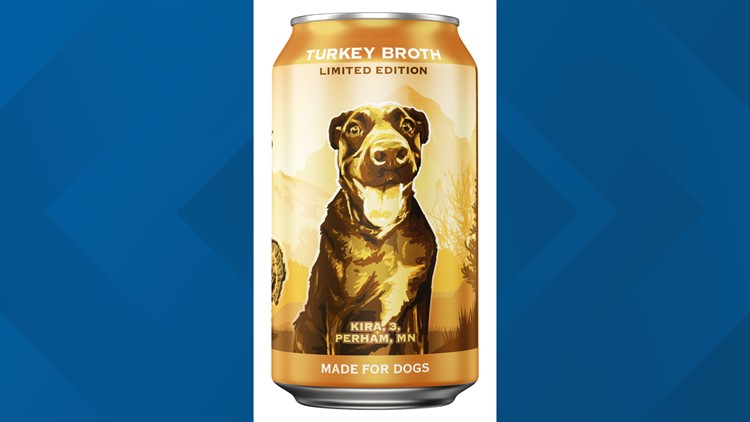 Kira, a rescue dog from Perham, Minnesota, won the fan vote in March to appear on 40,000 cans of Dog Brew. Now the dog drinking hitting the shelves in stores. The brew is sold in packs of four for $15, according to the company.

The ingredients in the concoction are all natural and safe for dogs and include turkey bones, yams, sweet basil, turmeric, ginger, peppermint leaves and water.

Busch’s Dog Brew was first launched in 2020 and introduced the new flavor due to popular demand.

Our new limited edition turkey flavored dog brew is the paw-fect Thanksgiving treat for your pooch! Tag someone whose dog would pupate to try something. pic.twitter.com/A8fvdBeHOo

https://www.kvue.com/article/entertainment/dining/dog-brew-busch-featuring-minnesota-rescue-can-now-shelves/89-8bd691e7-ed65-49e6-9192-4fa32224107a Busch’s Dog Brew hits shelves with MN rescue dog on the can