A Michigan woman told a nightmarish assault she compared to a “horror movie” during a court hearing on Wednesday. The brutal attack was committed by the victim’s former girlfriend, who is said to have bitten off her ear and eaten her cheek.

It started as a friendly get-together

An unnamed 48-year-old woman invited Allison Thompson Weaver to her home for some alcoholic beverages on September 16, 2019. The two women were friends and former neighbors.

Weaver reportedly made sexual advances to the homeowner, but she wasn’t interested.

“She put down the alcoholic beverages she brought — she put them down,” the victim said WDIV. “She came over to hug me because we hadn’t seen each other for a long time and then she kissed me. She kissed me with an open mouth kiss and my reaction was to just kind of laugh and brush it off and stop it.”

The homeowner went to bed but was reportedly woken up by a naked Weaver on top of her.

“My life has changed forever”

“On September 16, 2019, my life changed forever. I let Allison Thompson Weaver into my house and in return she tried to kill me. If the police hadn’t shown up when they did, by neighbors who called 9-1-1, I wouldn’t be here today,” the victim told the courtroom during Weaver’s hearing.

“(I remember) jumping off my bed and I saw Allison on all fours on my bed and I was standing there and she was on all fours looking at me really scary,” said the anonymous woman. “I said, ‘Allison, Allison, what are you doing?’ She kept giving me that look while bobbing her head back and forth. I said, ‘What are you doing?’ She just lunged at me and she just started choking me.”

“I have some memories of the attack that night, like fragments from a horror movie,” the victim recalled. “First when I woke up in my own bed to find her in an animal-like crawling position, naked, ready to pounce on me. She choked me, the look on her face, until I passed out.”

She added, “However, I do remember seeing the pure evil in her eyes and I truly believe that nothing can save her.”

‘Cannibalistic Rapist’ Told Victim ‘You Have To Die’

The victim told the judge that she had permanent nerve damage all over her body because Weaver bit her breasts, vagina, and face.

“She bit off my ear and literally ate parts of me, like my cheek,” she claimed. “The pain in my neck, shoulder and back is getting worse despite physical therapy. I’ve tried, if possible, to avoid more surgeries than I’ve already had.”

“The extreme pain I felt as I regained consciousness and could not move, being raped from head to toe, beaten and literally eaten alive,” the woman said. “I knew in my head what was happening to me and there was nothing I could do about it.”

“Then she whispered the words, ‘You must die.’ I begged her, ‘I will do anything you want.’ But she laughed and replied, ‘It’s too late’ and started strangling me a second time,” the woman recalled. “This time I saw my loved ones flash before my eyes. I saw a bright light and I saw the end of my life. That’s all I remember until I got to the hospital.”

The victim said the “hundreds” of photos of vicious bite marks all over her body “only begin to show what this cannibalistic rapist did to me, with a smile on her face the whole time.”

The attacker claimed to be a “wolf” during the sex attack

The brutal sex attack was heard by neighbors at the Lake Village Apartments in Rochester Hills. The resident told police he heard a person moaning and begging for help.

Oakland County Sheriff’s Office deputies responded to the call at 1:23 am on September 17, 2019.

Deputies knocked on the front door of the victim’s apartment, but no one answered. They could hear a person screaming and calling for help. Police said they entered through an unlocked door and found the two women in a bedroom.

Sergeant Jason Dalbec of the Oakland County Sheriff’s Office testifies in 2019: “They saw the two women covered in blood. One was on the floor. Another one knelt beside her and they are both in this dazed and confused (state).”

Deputy Shawn Hopkins told the courtroom, “One was on his back on the floor, the other was on his knees between the bed and the victim who was lying on the floor.”

“[Weaver]seemed to be in a good mood,” Hopkins revealed. “She had a good time. (The victim) was very calm – it almost looked like she had gone into shock.”

Hopkins added, “Ms. Weaver told me they had consensual sex and that (the victim) was a vampire and that Ms. Weaver was the wolf.”

Hopkins said of the victim: “Apart from the fact that she appeared to be covered in blood, I noticed a large wound on the side of her left eye area and cheek, and I also noticed that it was the outer edge of her left ear seemed missing. (The wound on her cheek) was approximately 1 inch in diameter. It seemed like the flesh had completely disappeared, like it had been removed from her face, possibly bitten off.

He noted, “I noticed that the outer edge — the curve at the back of her ear — seemed to be missing from just above the earlobe to the top of the ear.”

According to deputies, Weaver was under the influence of alcohol and/or drugs. They found alcohol, packets of marijuana, and prescription drugs in the kitchen.

Weaver was taken into custody by deputies from the Oakland County Sheriff’s Office.

Dalbec remarked, “This is very unusual. 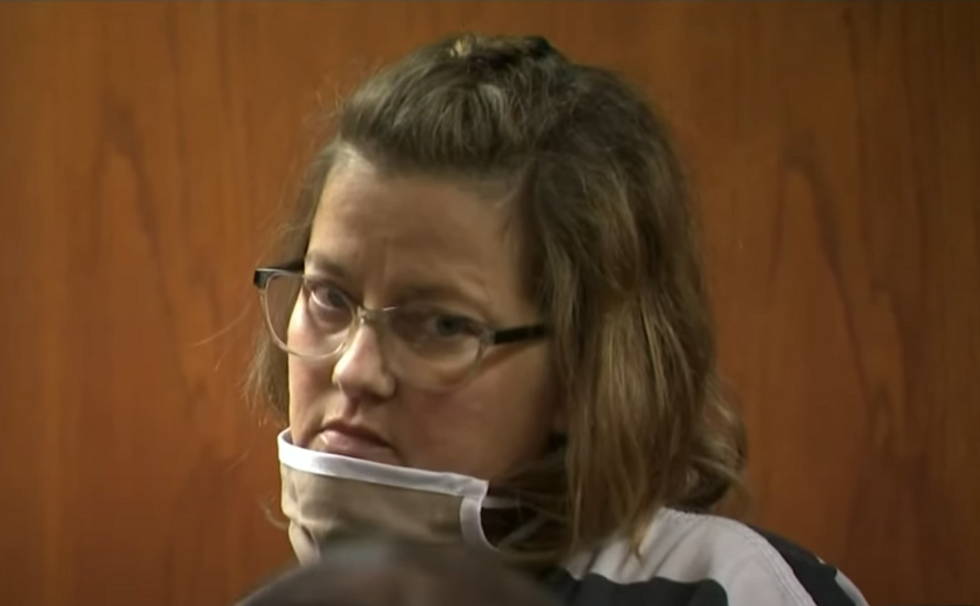 Survival of ‘horror movie’ attack was a ‘miracle’

The victim told the court: “No one knows why she chose me as her victim that night.

The victim stated, “Every hour of every day I am in excruciating pain because of what she did to me and the multiple bite marks.”

“I’m learning to live with the pain and the countless scars and the countless looks I receive, but what scares me is the continuous visions of her demonic eyes killing me and the fact that one day she will try.” to do this again,” she said.

“The victim started off by saying, ‘It was like something out of a horror movie,’ and I wrote that down because I had to read it a couple of times when I was checking the[examination before the verdict]because I couldn’t believe what I read,” Grant said. “Then when I spoke to[the attorney]about it, the first thing that came out of his mouth was, ‘It was like reading a script for a horror movie.'”

“I can’t even imagine what you went through … I’ve been up here for 25 years and seen murder cases that weren’t nearly as violent as this case,” Grant explained. “I can’t psychologically imagine where you (Weaver) did this to her and what excuses were made for it and then this is the first time I’ve seen the medical records in relation to all the wounds on her body and her face and her genitals. ‘Terrible’ isn’t even the word for it.”

Weaver, 47, had been charged with second-degree criminal sexual conduct, assault, assault and assault. Weaver on Wednesday pleaded guilty of assault.

Judge Grant sentenced Weaver to 10-15 years in prison and she must register as a sex offender.

Grant said of the set: “I think this is the right solution for this particular matter. I don’t think those charges were ever intended to reflect what actually happened here. These charges are not what was seen here. So in some ways it’s a gift (to Weaver) what these charges are.”

The victim responded to the judge’s verdict.

“I don’t think it’s fair that she took so much from me that I can never get it back,” the woman told the judge. “She stole a part of me and broke a part of me. She took away my sense of security and trust and so much more. Everything this thing did to me deserves more than 10-15 years behind bars. That’s what I’m going to live with for the rest of my life with these problems, pain, damage and fear.”

Weaver told the court: “I would like to apologize to the victim and her family and also to my family. I feel really, really terrible about what happened. I wish I could take it away.”


The victim remembers the night of the “cannibal” attack