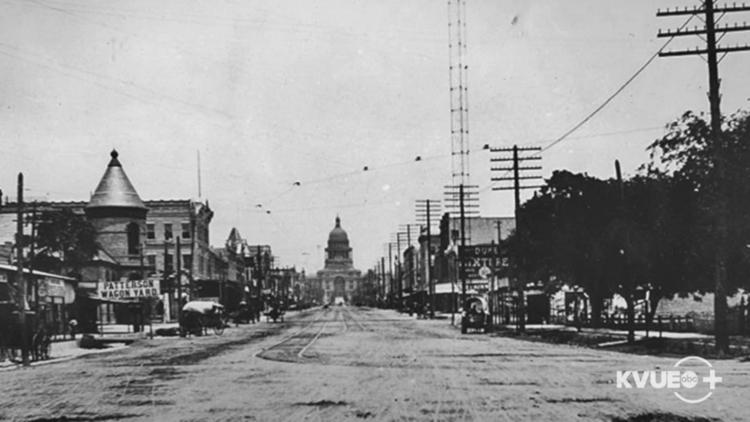 The rich history of the Austin-area Hispanic Latinos is one of tragedy and triumph, rampant discrimination and rising political power.

AUSTIN, Texas – The history of Hispanic Latinos in central Texas was carved into the farmlands outside of Austin in the early 20th century. Most worked as farm laborers, many replacing black slaves freed decades earlier. And though ties between Texas and Mexico have spanned centuries, Latinos in Texas were looked down upon and often subjected to white violence.

According to historians William Carrigan and Clive Webb, from 1910 to 1919, 25,000 Hispanics in the United States were murdered in a wave of terror, many by the Texas Rangers, who began as a militia funded and supported by white ranchers who wanted more land and who hated their Spanish speaking neighbors. Lynchings of Latino men and women have taken place from hanging trees, like one that still grows outside the Goliad County Courthouse, just 130 miles from Austin. And just as black Americans fled rural violence in Texas, Latinos were also drawn to the capital’s relative safety.

Of the 23,000 people living in Austin in 1900, only about 500 were of Mexican descent. In central Texas, they helped build the railroads, tended to the harvests of white farm owners, and worked as cowboys or vaqueros on the large ranches south and west of the city.

But it was the Mexican Revolution of 1910 that swelled Austin’s Latino population. Millions of Mexican refugees fled the violence and made their way to Texas, where they spread across the US

By 1930 Austin’s Latino population had increased to 5,000. But despite their numbers, the discrimination did not stop. Local schools for Latino children were poorly funded. The doors to political representation were locked and it was difficult to find a safe place to live. Newspaper ads for new Austin neighborhoods like Hyde Park were filled with language that made it clear there was no room for Latinos or blacks.

In an article in the March 1913 Bulletin of the University of Texas, William B. Hamilton wrote:

“Between Congress Avenue on the east and Rio Grande Street on the west, Fourth Street on the north and the river on the south is a section that can be described as the Mexican Quarter. The garbage dump of the capital borders on this section in the south. Latinos have all the dirty habits already described, but you have to add the worst dirt in the dump to them.”

World War II would signal a turning point. Many thousands of Latinos from Austin and throughout Texas would volunteer to fight. Some became decorated heroes, only to return home to find themselves treated with contempt and disrespect. They had served their country just as white soldiers did, and they came home from the war determined to gain access to everything this country had to offer.

Organizations like LULAC, the League of Latin American Citizens, have worked to end discrimination since their inception in the 1920s and gained new prominence in the post-war years. The GI Forum played an active role in ensuring better educational opportunities and increased voting rights for Latinos.

In the 1950s, the doors to political representation slowly opened. In 1956, San Antonio native Henry B. Gonzales came to Austin to serve as the first Latino in the Texas Senate. But colleagues referred to him as “that Mexican.” And according to his bio, Gonzalez fought regular attempts by the legislature to circumvent national civil rights legislation.

Austin remained a divided city in many ways, including the construction of Interstate 35, which resulted in predominantly Hispanic and black neighborhoods on the east side being cut off from the affluent central business district. For many, it was both a symbolic and an actual barrier. Many Latino children attended Palm School, which has a park and swimming pool nearby. But Latino kids weren’t allowed to swim with whites.

But in the 1970s activism in Austin reached a peak with the Chicano movement, the Raza Unida political party, in solidarity with striking farm workers led by Cesar Chavez, who fought to improve the working conditions of Latinos working in the fields . It was a time of reawakening, and for some, social revolution was in the air.

In Austin, in the late 1970s, a predominantly Hispanic neighborhood in East Austin fought back towboat racing in nearby Town Lake. The noise and crowds disrupted their homes every summer during a citywide event called Aqua Fest. It was a popular festival for many, but it was the boat races that divided the community in the 1970s. Neighbors asked the Austin City Council to ban the races. But when it came time for the council to decide by a 4-3 vote, the races were allowed to continue. And when boat racing returned to Town Lake in 1978, fighting broke out between those for and against boat racing. Eventually, the races would be moved to a location far from East Austin.

The 1970s would also bring political advances. Richard Moya became the first Hispanic Travis County commissioner when he was elected in 1970. At that time, no Latino had ever been elected to public office in the Austin government.

"My salvation was our strong family structure": The auto mechanic from Cleveland finally realizes his dream of becoming a doctor - at the age of 51