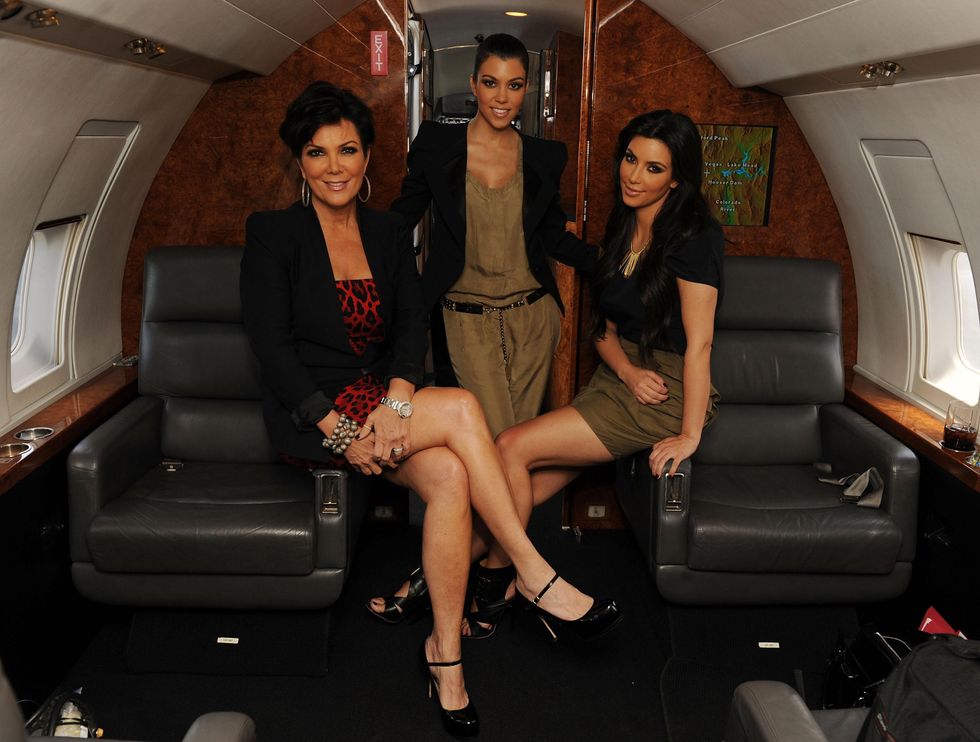 Many celebrities are not afraid to educate others about the dangers of climate change and the life-changing actions everyone must take to combat it. However, many celebrities also enjoy the convenience of flying on private jets. In fact, private jet use at one California airport has risen so sharply that residents say their neighborhoods are being blanketed in noxious fumes.

Los Angeles’ Van Nuys Airport has become a hotspot for private jet takeoffs and landings. Van Nuys Airport handled 46,140 jet operations in 2016, but that number rose to 69,907 flights in 2021 — an average of one takeoff or landing every seven minutes, according to Los Angeles World Airport website.

All these flights from the small airport have had an impact on the neighboring residential areas in terms of air pollution.

“In preparation for a flight, a single jet can run its engines for more than an hour on aircraft ramps separated from residential streets by little more than a low wall and chain link fence.” Los Angeles Times reported. “While the Jenners of the world take selfies on the pavement, residents meters away eat their dust — or more accurately: their ultrafine particles (a pollutant emitted during jet operation, the was connected to various cardiovascular and respiratory diseases).”

Some residents near Van Nuys airport are complaining that the rise in private jet use has blanketed their communities with noxious private jet fumes.

“I’ve lived here since 1986 – never had a problem,” said resident Sue Steinberg, but noted that the fumes have gotten “incredibly bad” in recent years.

A local resident told the Times: “I can’t let my son out. If the fumes come out, I’ll have to bring him in.”

Suzanne Gutierrez-Hedges — a resident of the nearby Lake Balboa neighborhood — told the Los Angeles Times that VNY has turned into a “commercial airport”.

Gutierrez-Hedges said, “We die so the 1% can fly!”

“These aren’t just private planes that the owner flies around. These are charter flights,” said Thomas Materna — a Sherman Oaks resident who is sitting on the Citizens Advisory Board.

Local residents want to have an air quality study carried out.

Van Nuys Airport has a ‘quieter nights’ program which requires flights not to take off or land between 11pm and 7am – however this is only suggested and not enforced. Noise complaints have been made for planes that roar at all times of the night.

Local residents are calling for a real airport curfew.

Celeb Jets – a website that tracks celebrity private jets and has nearly 125,000 followers Twitter – found that many celebrities use Van Nuys Airport to fly their private jets.

Hollywood director Steven Spielberg – who previously stated that “global warming is a scientific reality” – has reportedly used his private jet extensively at Van Nuys Airport, according to Celeb Jets. Since Sept. 30 celebrity jets has discovered that Speilberg’s private jet has landed or taken off from Van Nuys Airport 13 times since September 4.

According to that flight trackerKim Kardashian’s plane has made four arrivals and departures from Van Nuys Airport since Sept. 22 — including a 10-minute flight to Los Angeles Airport.

Rapper Travis Scott’s private jet has been taking off or landing at VNY Airport since September 2, according to Celeb Jets Twitter Account.

KylieJenner allegedly has used Van Nuys Airport eight times since September 18th. The flights included a 4-minute flight to VNY from Camarillo Airport – which is driveable in less than 45 minutes.

Over the summer, Kylie Jenner was slammed online for posting a photo Instagram of two private jets on the tarmac while kissing boyfriend Travis Scott. The caption read, “Will you take mine or yours?”

Many online commentators said the Post was elitist and that its use of private jets was exacerbating the “climate crisis”.

“Our data shows that so far in 2022, celebrities have emitted an average of 3376.64 tons of CO2 emissions from their private jet use alone,” the study says. “That’s 482.37 times more than the average person’s annual emissions.”

A report Published by the green Transport & Environment organization states: “Private jets put a disproportionate burden on the environment. In just one hour, a single private jet can emit two tonnes of CO2. The average person in the EU emits 8.2 tCO2eq over the course of a whole year.”

https://www.theblaze.com/news/celebrities-private-jets-climate-change-van-nuys Celebrities slammed for private jet use at Van Nuys amid climate change