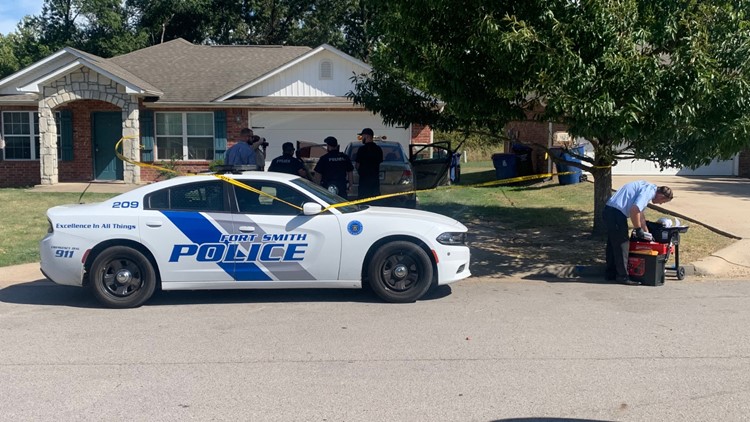 Police say an “unknown person” smashed the car window and took the child to the hospital.

FORT SMITH, Ark. – According to Fort Smith Police, a 3-year-old child died after being left in a hot car on Tuesday, August 16.

According to the police, officers were called to the scene around 2 p.m. and were there for about three hours. Police say an “unidentified person” allegedly had to smash the car window before taking the child to a nearby hospital. The child was later pronounced dead. have confirmed that the body was sent to the state crime lab for an autopsy, which is standard procedure, and that the incident reportedly took place near a home on Boone Avenue.

5NEWS spoke to the National Weather Service and confirmed that the official temperature at the time was 100 degrees with a heat index of 104.

5NEWS also spoke to an associate professor of meteorology who specializes in the dynamics of car heating. He says the last heatstroke death of a child in Arkansas was in Booneville in July 2020, with the current incident being the 19th in Arkansas since 1998. He also says that an infant or young child’s body cannot cool itself like an adult’s, but instead warms up three to five times faster.

“In the first 10 minutes, a car is closed, the temperature rises by 19 degrees. So let’s say on a 100-degree day or a 100+-degree day, like it’s in Fort Smith today…you know you’re going to be about 120 degrees in 10 minutes,” said Jan Null, associate professor of meteorology at San Jose State University.

No further information has been released at this time.

We’ll update this article with more information as it becomes available.

The South Carolina legislature is calling for an abortion ban