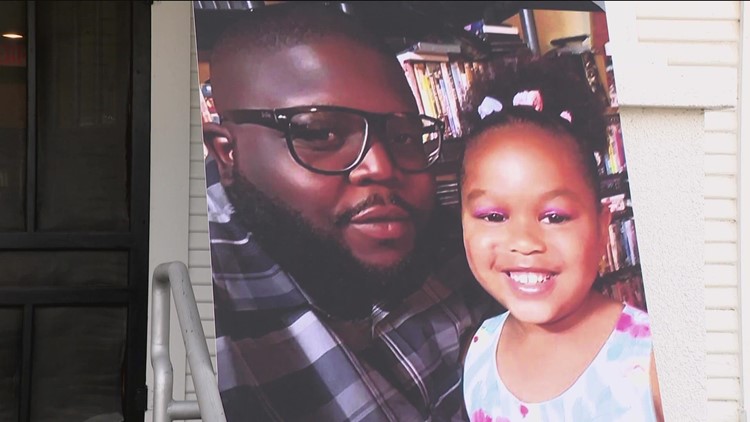 Crump, who represented the families of Breonna Taylor and George Floyd, said excessive force was used on a man who was in shackles at the time of his death.

KYLE, Texas—Ben Crump, the nationally known civil rights attorneyjoined the family of a Hays County inmate who was shot December 12 to urge law enforcement to release video showing what led to the inmate’s death.

Joshua Wright was an inmate being held on remand for alleged unauthorized use of a motor vehicle. According to a press release from the Hays County Sheriff’s Office, Wright was receiving medical attention at Seton Hospital in Kyle when he reportedly assaulted a Hays County correctional officer and attempted to exit the emergency room. Officials said the officer shot and punched Wright. Medical personnel immediately began life-saving measures, but Wright was pronounced dead at the scene.

According to Wright family attorney Chevo Pastrano, Wright asked to use the restroom at the hospital. Wright’s handcuffs were removed, but shackles around his ankles remained. In the restroom, Pastrano said there was a “brief scuffle and shove” between Wright and the officer before Wright attempted to exit the emergency room. Back then, Wright was shot “multiple times” from behind.

Pastrano said one of the shots went through Wright’s spinal cord. He called it a crippling shot that sent Wright to the ground. Pastrano said another shot went into his torso and landed in the base of his neck.

“We insisted on our own second autopsy. This autopsy revealed a couple of things that are very relevant to the situation,” Pastramo said. “First, there are six entry wounds that we are aware of on Joshua Wright’s body. There are four exit wounds.”

Crump, who represented the families of Breonna Taylor and George Floyd, said excessive and unnecessary force was used on a man who was in shackles at the time of his death.

“He’s in cuffs… his pants are falling off… he’s 300 pounds… pulls away and this cop is like, ‘The only thing I can do is shoot him in the back multiple times’?” Crump said.

Monday’s news conference came as the Hays County Sheriff’s Office has yet to release body camera footage from the fatal shooting.

Hays County Judge Ruben Becerra has asked that the body camera video be released within 10 days of the Dec. 13 incident.

Gary Cutler, Hays County Sheriff said KVUE the Texas Rangers are investigating the case to determine whether criminal charges should be filed, which is common when a law enforcement officer uses deadly force. He also said the agency’s Office of Professional Responsibility is investigating to find out if the officer violated any department policies.

Cutler said he plans to meet with the Rangers soon to determine what information, including video, will be released or if it would interfere with the investigation.

Texas law determines Legal norms for the use of lethal force among correctional officers in a correctional facility:

“(A) correctional guard or peace officer shall have the authority to use any force, including deadly force, which he reasonably considers imminently necessary to prevent any person’s escape from the correctional facility,” the law states.

Part of the issue in this Hays County case will likely center on whether a hospital can be considered a correctional facility because Wright was incarcerated at the time.

Wright was in prison on the following charges:

Wright’s mother, Beverly, described her son as a “gentle giant” at Monday’s press conference. She said he was helpful to everyone.

“He struggled with a lot of things. He wasn’t perfect, but he was my son,” Beverly said. “Why did they have to kill my little boy, I want to know.”

Beverly said she wanted to see the video to find out what really happened.

“If it was his fault, I can accept that,” Beverly said. “But show us the video.”

Wright leaves behind a 13-year-old daughter.

Cocoa Schwandt, who wore a “Justice for Joshua” t-shirt at Monday’s press conference, told KVUE that she and Wright are best friends. Schwandt said Wright struggled with his mental health but would never hurt anyone.

“Everyone in San Marcos knows him,” Schwandt said. “He doesn’t look like it, but he was the biggest teddy bear.”

Living in the most dangerous city in Ukraine, under constant Russian bombardment