Cannes: Lukas Dhont’s sensitive second film is far less problematic than “Girl”, but still relies on exploitation at his own expense.

Thirteen-year-old best friends Leo (Eden Dambrine) and Remi (Gustav De Waele) don’t know it yet, but this will be the last perfect summer of their lives. It will be the last summer where they share the same idea, love each other without having to think about what it means, and run or bike everywhere as fast as possible not to waste a minute of it.

The clock is ticking. There are already hints that Leo – his angelic face as clear as the waters of the Caribbean Ocean – seems to occasionally dwell on the cusp of a deeper consciousness; After quieting his friend’s busy head at night, Leo lies awake in the bed they share, searching Remi’s face for clues to a mystery he hasn’t yet figured out.

When school starts, her classmates giggle at the boys for being too close to them. Leo, who seems to have the intense affection of the two, will also be the one to push the other away. It’s Leo who seems increasingly scared of the friendship that used to be his greatest joy – Leo squirming away from Remi when they’re lying on the grass at recess, and Leo starting to play hockey with the other boys to play like he’s running away from something else. For these reasons and more, it will be Leo who the film about these boys will continue to follow after something happens that changes his friendship with Remi forever.

Close is the second feature film from Belgian director Lukas Dhont, whose 2019 debut Girl – another lucid, involving and closely watched coming-of-age drama – was understandably controversial, both for the casting of a cisgender Boys in the role of a trans ballet dancer, and for the way its final moments weaponized the film’s clarity towards a violent ending that bordered on the emotionally pornographic. Dhont’s follow-up avoids the first problem but only mitigates the second.

Once again, a vividly touching vision of adolescent identity is turned upside down by sudden trauma so intense it invades every other scene in the film (past and future alike); Once again, it dulls the nuances of Dhont’s work to a degree that suggests the filmmaker doesn’t trust his own talent at rendering the deepest intimacies of growing up with 8K ultra-clarity. This time, however, the violence does not wait for the end of the story. This time it falls from the sky at the end of Act I, sacrificing a palpably specific (and already heartbreaking) portrait of male friendship in the face of heteronormativity on the altar to a much broader sketch of loss. For a film that asks such thorny questions and examines them with a lucid honesty that American coming-of-age stories almost never allow, it’s hard to shake the feeling that “Close” is taking it easy.

This is all the more regrettable as the first part of this story is told with such enchanting precision. The childhood idyll Leo and Remi share together might be a bit much – like these happy boys running together through Monet-worthy flowerbeds while Valentin Hadjadj’s lush woodwind score blows through their hair like a late summer breeze – but there’s no denying, how well Dhont conveys the euphoric nowness of two 13-year-old best friends spending a day off together, or that the flawless naturalism of Dambrine and De Waele’s performances allow their director to gild the lily without making it seem plastic.

Tenderly – and with a rare grace made possible only by absence – Dhont also traces the invisible boundaries young men must see between themselves and their closest male friends, the way frightened children search for shadows that they mistake for ghosts. The intimacy of the bond shared between Leo and Remi invites the extremely gentle suggestion that the former may develop more romantic feelings for the latter (whose own feelings are harder to analyze).

Even before things get slightly hostile between the boys, “Close” is steeped in the crushingly sad notion of Leo pushing Remi away as a pre-emptive form of self-denial; that this poor child is trying to protect himself from the terrifying thought that his love for Remi might be the very thing that threatens their sacred friendship – a thought that only weighs heavily on Leo as the film progresses.

Dhont’s meticulous attention to the space between bodies (along with the shallow depth of field used by cinematographer Frank van den Eeden to split them apart and soften them again) allows the film to access specifically queer experiences of growing up and at the same time to reflect broader truths about the distancing effect male norms can have on male friendships; about how teenage boys often drift apart when the gentle intimacy they shared as children hardens into something they are meant to keep secret as young adults. 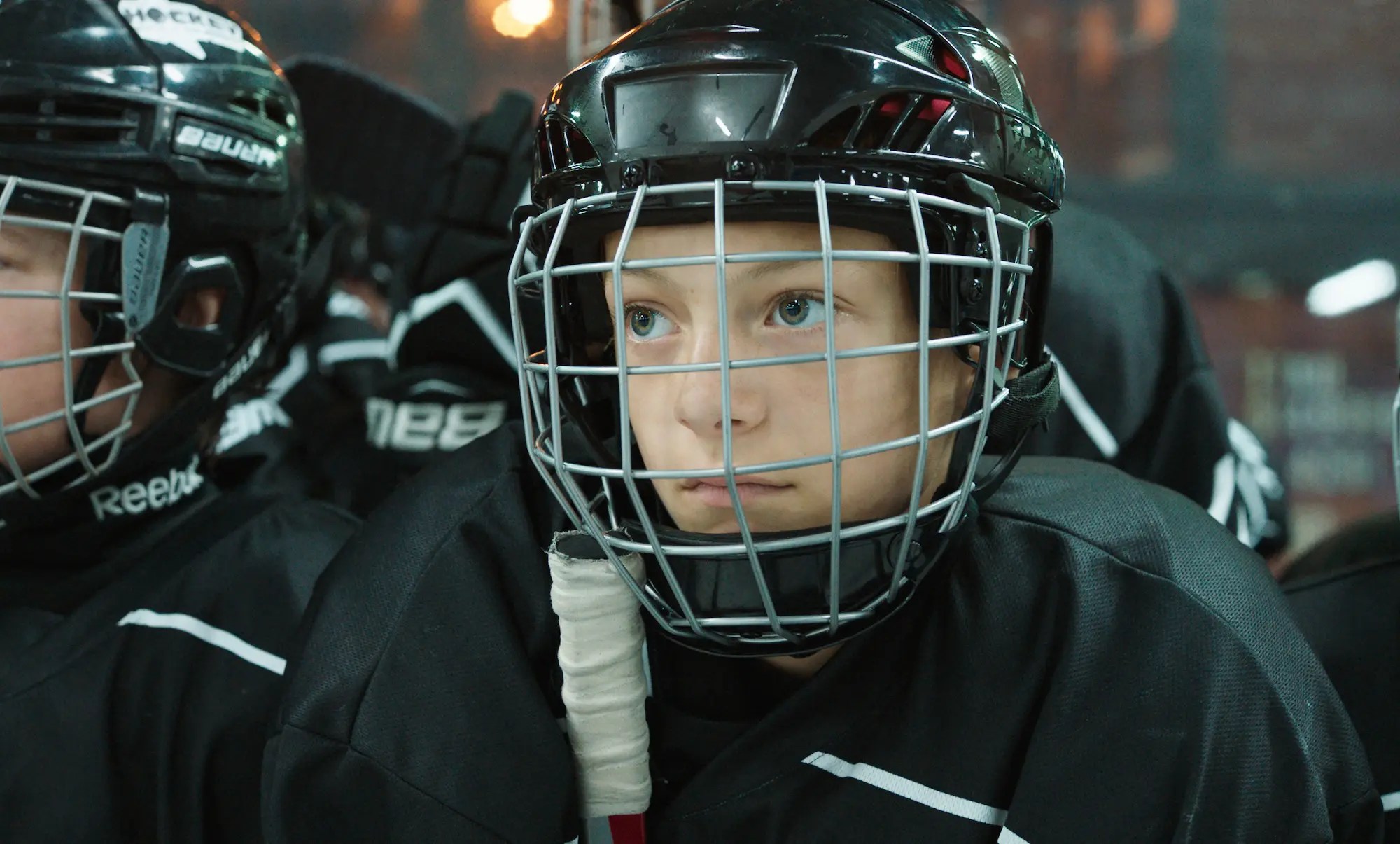 The film revolves around a shot so raw and full of pain it feels like it’s happening right to you. Driven by Leo’s mother Nathalie (Léa Drucker, phenomenal when needed), the action takes place on a school bus and captures the sight of a searching human face long enough to give you time to see behind Nathalie’s eyes and sort out her chaos of conflicting feelings into a finished puzzle before Dhont cuts. It’s an unforgettably powerful example of the emotional transparency that Dhont wields like a double-edged sword, as each subsequent moment in the film brings the same clarity to scenes that are far less acute in their stakes or intentions.

That clarity — that sense of psychology written on glass — leaves us little to process in a film that dilutes Leo’s fear with the same tragedy that Dhont and Angelo Tijssens’ screenplay uses to amplify it. Instead of spending the rest of the film wrestling with some of the most delicate feelings a 13-year-old could have, “Close” crushes them under a ton of suffering. Rather than urging Leo to deal with the responsibility he feels for pushing Remi away, as the first part of the film suggests, “Close” ups the ante in a way that makes it all but impossible for its hapless protagonist to something meaningful to make sense of his loss.

Left to his own devices, Leo drifts further towards heteronormative culture through a repetitive series of scenes in which he practices and plays with the school hockey team (Dhont captures the boy’s development from rookie to semi-competent right-back with equal attention to bending the metal cage from Leo’s helmet into a veritable prison). Elsewhere, Leo forms an uneasy friendship with Remi’s mother (Emilie Dequenne), who never ventures into unexpected places, and finds himself destined for overwrought bathos before even unraveling into a parade of eye-rolling symbolism and incredible character choices. A bar in which Remi’s mother gets uncontrollably upset sounds as false as the school bus scene mentioned above sounds true.

As lovely as Dhont’s eye for detail can be, and as vital as his willingness to explore the unbearably delicate corners of youth often proves here, “Close” still finds its sensitive – if at times borderline sadistic – young filmmaker who defaults to universal Pain falls back when he fears the more Personal feelings can be too poignantly ethereal to see on camera. Extremely accomplished but still only 31 years old, Dhont may still have some of his own growing up to do.

Close premiered in competition at the 2022 Cannes Film Festival. A24 will release it in North America.