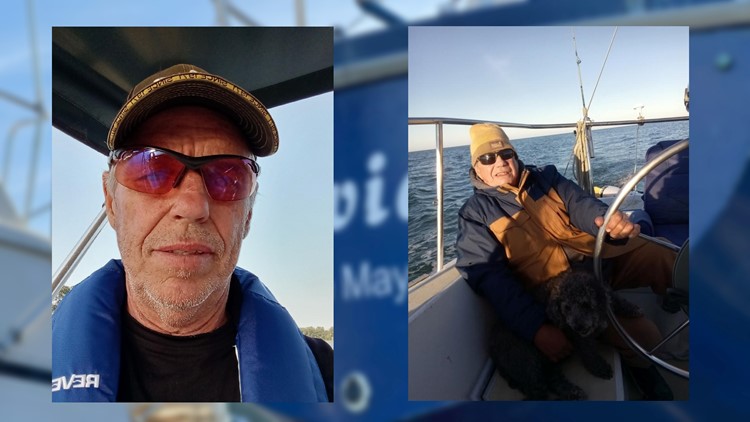 Kevin Hyde, 64, and Joe DiTommasso, 76, were out of fuel and power when they caught the attention of a crew by waving their arms and a flag.

CAPE MAY, NJ — The US Coast Guard and maritime partners were able to locate two men who disappeared on a sailboat bound for Florida.

Kevin Hyde, 64, and Joe DiTommasso, 76, were found aboard the 30-foot sailing ship Atrevida II about 213 miles east of Delaware, the Coast Guard said in a news release. The last time the duo spoke to family and friends was on December 3 as they left Oregon Inlet, North Carolina.

“We are delighted with the outcome of this case and look forward to reuniting Mr. Hyde and Mr. DiTomasso with their family and friends,” said Coast Guard Atlantic Area spokesman Cmdr. said Daniel Scrader.

They originally set sail from Cape May, New Jersey and made their way to Marathon, Florida before losing communications.

“The Atrevida II was found to be without fuel and power, rendering her radios and navigation equipment inoperable,” the US Coast Guard said in a report. “Hyde and DiTomasso caught the attention of the Silver Muna crew by waving their guns and a flag.”

Hyde, DiTomasso and a dog were rescued and placed aboard the Silver Muna at 4:18 p.m. No injuries were reported and they will remain on board the ship as it proceeds to its next port of call in New York City. From there, they are taken to a Coast Guard ship for examination and to be reunited with their family and friends.

Guards at the Coast Guard Fifth Precinct Command Center were notified on December 11 that Hyde and DiTommasso were overdue. Attempts to locate her went unanswered, and the Coast Guard launched several planes and cutters to search for the Atrevida II sailboat.