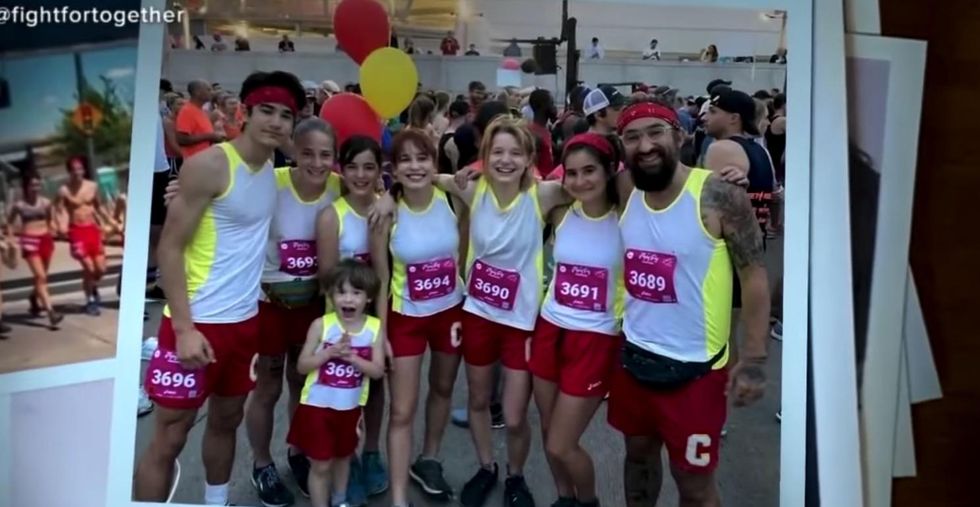 The Crawford family — consisting of parents Kami and Ben and their six children — competed as a family in the Flying Pig Marathon, an annual race held in Cincinnati on the first Sunday of May. The marathon is a qualifying event for the Boston Marathon.

The family completed the 26.2-mile marathon in 8 hours and 35 minutes.

But now they are accused of “child abuse”. according to WCPO-TVbecause their youngest child – 6-year-old Rainier – attended the event. Last Friday, CPS even visited the family home to interview the family.

The Crawfords explained in an Instagram post that CPS “came to our house unannounced and interviewed our children, parents and grandmother.”

“This is a scary process as children are usually interrogated away from their parents against their will and their answers determine the agency’s legal right to take the children away,” the post added. “CPS requires SPECIFIC actions to be reported, such as times, locations, and specific abuses. Since these don’t exist, people had to invent them.”

The specific complaint alleged that the parents dragged their young child more than 13 miles until they reached the finish line and “pulled him against his will.” Eyewitnesses present during the marathon and their own video footage refute the allegations, the parents said, adding that their son’s only complaint was that he wanted to finish the race in less time.

The Crawfords said two social workers who spoke to her family concluded “there’s nothing to worry about”.

In an interview with “Good Morning America”, The parents defended their decision to let their young son run the marathon. They stated that each of their children independently chose to compete and that none of their children were forced to do anything they did not want to do.

What do doctors say?

pediatrician dr Christopher Bolling said WCPO that young children should avoid some exercise methods normally reserved for teenagers and adults, such as B. Resistance training since their bodies are growing fast. But he said running is usually fine, although a full marathon is “unusual”.

“If they’ve been training and taking rest days and they’re being monitored and there’s no sign of heat exhaustion – I really don’t see much of a risk,” Lovenheim said. “I would be a little more concerned if they ran marathons regularly. A marathon is fine.