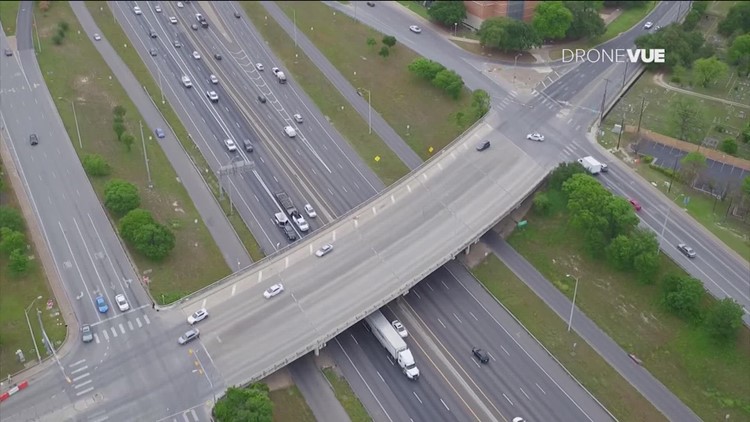 In 2022, pedestrian fatalities accounted for over 40% of road fatalities that year. Compared to 2021, this is an increase of about 10%.

AUSTIN, Texas – December brings its fair share of challenges with drunk drivers and icy roads, but new data says pedestrian deaths in Austin are higher than deaths from any other accident.

Lewis Leff, a traffic safety officer for the Austin Transportation Department, explained that last year was a record year for fatalities in Austin.

“We have large vehicles that interact with other vehicles or with people who are outside of vehicles,” Leff said.

In 2022, pedestrian fatalities accounted for over 40% of road fatalities. This metric has increased by around 10% compared to 2021.

One of the main reasons for the increase in deaths, according to Leff, is speeding. Another cause is an increase in drug and alcohol consumption among drivers.

“There are certainly factors like the presence of more people and more activity on site,” Leff said. “And we’re seeing some of that activity coming back onto our streets when we come back maybe what the new normal looks like.”

“[Back] 150 years ago, when people originally moved to Austin, they mostly walked,” Leff said. “We used horses and carriages, and our roads were not… built around the car.”

What is the city of Austin working on to make the streets safer?

The city has been working on redesigning the local streets for years.

“Safer speeds for drivers and vehicles so we can reduce the risk of serious injury or death in a collision,” Leff said. “This includes better lighting. This includes more pedestrian and bicycle crossings that are safe.”

The city has made progress in some areas, but there is still work to be done. Leff said the city has community support through bonds, in addition to applying for federal grants.

“We have applied for and received grants for our Federal Highway Safety Improvement Program,” Leff said. “We have received over $6 million in Austin grants for these projects, which are primarily street lighting and new traffic signals.”

The city has also applied Safe roads and paths federal funding opportunity. Leff said in January the city will know if it will accept $20 million in federal funding to do more work in Austin.

What has the city done so far to make the streets safer?

In 2016, the city allocated $3.8 million for safety improvements at Austin’s major accident intersections, according to a recent study Report.

These changes included traffic light timing, refreshed crosswalk markings, concrete medians, and shared pathways. According to the report, the city has seen a 31% decrease in the annual number of fatal accidents and injuries in these locations.

Other projects include improvements in Major, signaled crossings. According to the report, roads that received engineered countermeasures, highly visible signage and targeted enforcement saw a 17% decrease in serious injuries and fatalities.

This week Austin Transportation sent a memo to the Austin City Council, which is analyzing options for increased traffic safety enforcement. In the memo, the department said traffic enforcement remains critical on high-speed, high-traffic highways owned by the state.

The KVUE Defenders have been tracking car-pedestrian accidents for years. Check out one of their latest investigations.