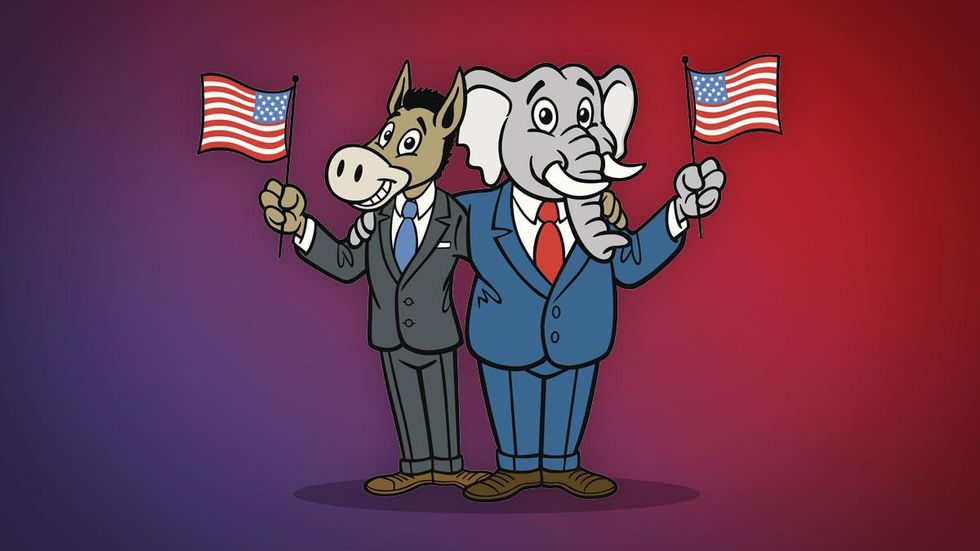 I’m talking about you “fiscally conservative but socially liberal” types, aka “low-tax degenerates.” I also speak to you “compassionate conservatives,” aka Jesuit Priest Republicans, who have made “lukewarm” a sacrament.

You are toast in this culture war. You have absolutely no chance with your more beautiful than Jesus pablum. you are damned

Aside from the issue of your basic cowardice, in fact your entire action is clearly an apology rather than a premise to those whose demonic side you purport to resent. “We’re Not That Bad” isn’t a compelling narrative. And as such, the enemy senses weakness, which he happily manipulates to his own propagandistic advantage, rather than hearing and seeing a lion by which he risks being devoured if not properly respected. And let’s face it, Republicans haven’t been worthy of respect for a while, and they shouldn’t be. That’s exactly how we got Trump. So unworthy of most of the massive presidential field in 2015 and 2016 was that a former New York Democrat married to his third wife who never asked God for forgiveness proved himself the golden child of a desperate people.

Make no mistake: Trump has not hijacked any political party. No, this party has forfeited its right to govern for far too long because it turned out that not only did it never intend to keep its promises, but it actually hated its own base.

But now, after the COVID 2020 election scam and the January 6th PsyOps still plaguing us as the Great Reset continues, we are seeing Team GOP prove the Lord was right when he declared that “the Dog returns to his own vomit.” Team GOP’s version of a coming red wave in the midterms is meant to take us back to the good old days, when Joe Biden was rhetorically pounded with fake, harsh majority speech while having absolutely nothing substantial or lasting to say of the party’s actual constitutional power.

Team GOP just doesn’t understand the nature of the enemy, mostly because they don’t want to. Here in my pretty red home state of Iowa, no matter how many readers and elections he loses, the enemy’s zeal unashamedly goes on. The editorial board of the Des Moines Register wrote that it was okay for school districts to withhold information from parents about their children’s sexual confusion and to punish students and staff who don’t go along with the depraved farce but then refused to let Gov. Kim Reynolds, to refute them with one op/ed by her own unless she was using her approved Newspeak.

Because they don’t care how nice you are if you don’t agree with them. Heck, they don’t care if you agree with them unless you’re willing to punish, nurture, and loot like them. You are the total state and you are not to believe anything other than what you are told. And neither low-tax degenerates nor Jesuit-priest Republicans stand any chance against this level of demonic nihilism.

There just aren’t any terms you could offer that the zeitgeist would ultimately compromise on. So don’t even bother with your latest adventures in neo-neo-by-a-certain-viewpoint-conservatism. This is not the time.

It’s that late: Thunderdome. As in two worldviews, they enter and only one goes. The zeitgeist has called for a zero-sum game here of pretending he’s an unintended collaborator at best. You have no chance of defeating an enemy you don’t want to honestly acknowledge.

Yes, this will be harsh, messy and ugly, but at least it will be true.