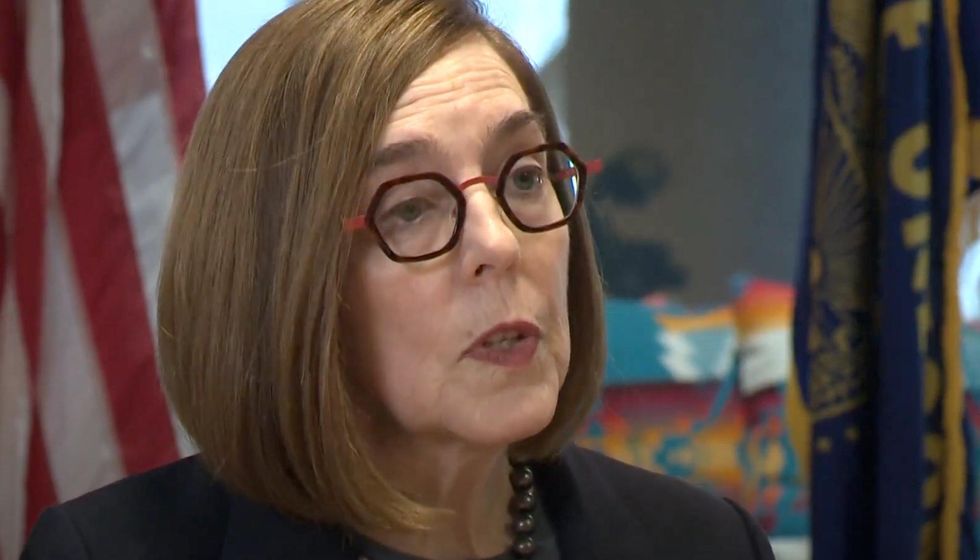 Oregon Gov. Kate Brown, a Democrat, commuted all of the state’s death sentences before leaving office.

Brown announced her decision on social media on Tuesday.

“Justice is not promoted by taking a life, and the state should not be concerned with executing people — even if a horrific crime landed them in prison,” Brown said.

\u201cJustice is not promoted by taking human life, and the state should not be interested in executing people\u2014 even if a horrific crime landed them in prison. Today I’m commuting all death sentences in Oregon to life without parole, so no one needs to be executed here.\u201d

“Today, I’m commuting all death sentences in Oregon to life without parole, so no one needs to be executed here,” she concluded.

In an interview with KGW-TV, Brown gave her reasons for the changes.

“First, it’s immoral. Justice is not served by the state taking a life,” she asserted.

“Second, its effects are unfair depending on where you live in this state and in this country,” she continued. “And third, it doesn’t make sense. It doesn’t prevent violent crime and costs taxpayers thousands, millions of dollars.”

Brown has been in office for less than a month.

Among those whose sentences were commuted were the following:

The state has not executed anyone since 1997, although the death penalty is legal.

Here is more about commutation of death sentences:

https://www.theblaze.com/news/dem-brown-commutes-death-penalty Democratic governor commutes all Oregon death sentences: ‘Justice is not promoted by taking a life’

A Metallica emote is now available in Fortnite

Rivian ends partnership with Mercedes-Benz for electric vans • The Register