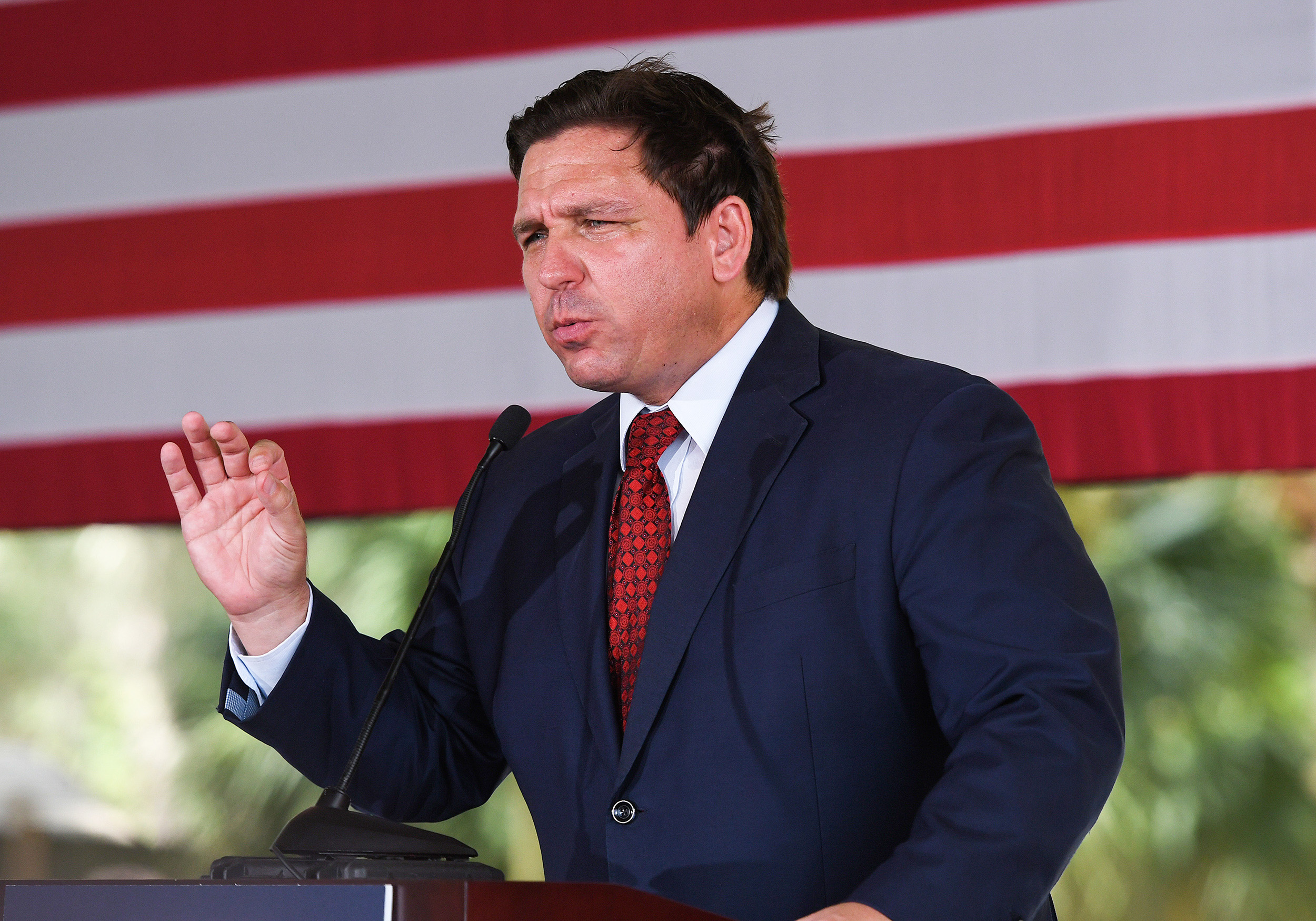 Over the past decade, a worrying number of Republicans have voted against federal disaster relief packages, only to take an entirely different position when it is their constituents who need help. In fact, the club boasts some high-profile GOP figures, including Sens. Ted Cruz, Tom Cotton, and Rand Paul.

The same club now has a new member. The New York Times reported:

As a newly minted congressman in 2013, Ron DeSantis was clear: A federal bailout for the New York-area after Hurricane Sandy was an irresponsible candy, a symbol of the “buy the credit card mentality” he had come to Washington to combat. “I feel for the victims,” ​​he said. But his answer was no.

But this isn’t the only example of the GOP governor’s “tonal whiplash.” As my MSNBC colleague Ja’han Jones noted, “DeSantis has portrayed itself as an opponent of the Biden administration and has filed lawsuits to undermine President Joe Biden’s agenda while publicly – and personally – firing guns at the president.”

This week, however, the governor has been downright polite, not only in his direct interactions with the Democratic president, but even in public when describing the cooperative, coordinated response to Hurricane Ian.

The Times report added, “Current circumstances have led to a less overbearing attitude toward a leader Mr. DeSantis has long dubbed ‘Brandon’ as a recurring troll targeting the man who wants to be successful. ‘Dear Mr. President,’ The Governor’s request for a Major Disaster Statement and Federal Assistance began Wednesday.”

The same article quoted former Rep. David Jolly, who served as a Florida Republican in Congress alongside DeSantis, as saying, “Ironically, there’s nobody in America Ron DeSantis needs more than Joe Biden.”

I’ve seen a ton of comments along the same lines this week: DeSantis might not like it, but he seems to realize the Sunshine State has taken a devastating blow. Sure, the governor could Run to Fox News and refer to Biden as “Brandon” a few dozen times to please his most rabid supporters this election season, but given the circumstances, the Floridian wants the White House to authorize much-needed help.

Of course, kindness is welcome. My point is certainly not to criticize DeSantis for taking the high road while his state begins to pick up the pieces after a deadly disaster.

But it occurs to me that the governor doesn’t actually have to play nice – because Biden is the kind of president who would agree with Florida anyway.

As regular readers may recall, during Donald Trump’s presidency, the Republican always complained bitterly about California’s approach to forest management — an issue he only pretended to understand — and once posted a tweet claiming he had the FEMA ordered the Golden State to send “no more money.”

Around the same time, Miles Taylor, a Republican political appointee who served as chief of staff to Secretary of Homeland Security Kirstjen Nielsen, claimed Trump had previously directed DHS officials to deny California wildfire assistance because the state’s then-president was politically.

The message to officials everywhere was unsubtle: If your state is suffering, the delivery of disaster relief could depend on Trump seeing you as a loyal ally.

The notion that Biden would be anything like his predecessor is blatant madness. It’s not as if DeSantis called the Oval Office yesterday and was told that he needed to rake up Florida’s hands more effectively if he was expecting Post-Ian help to arrive.

It’s good that the governor is trying to get along with the president at least on one thing and at least for a short time. But it’s worth considering that Biden is the kind of leader who would deliver for a state that didn’t vote for him simply because it’s the right thing to do.

Steve Benen is Producer of The Rachel Maddow Show, Editor of MaddowBlog, and Contributor to MSNBC. He is also the bestselling author of The Impostors: How Republicans Quit Governing and Seized American Politics.