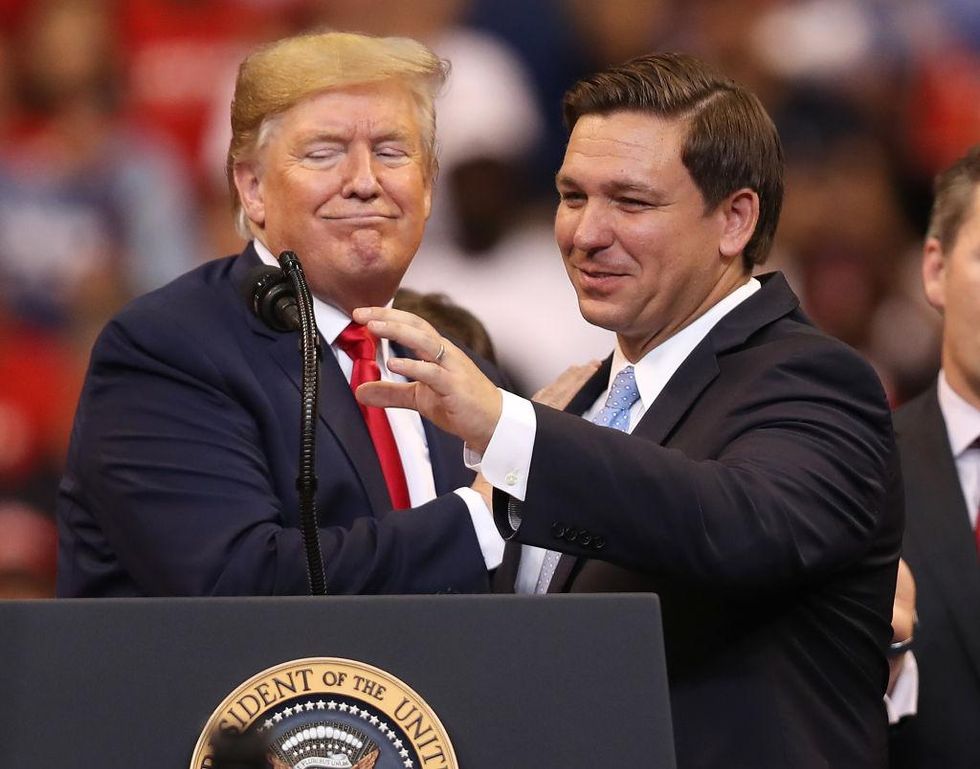 A USA Today/Suffolk University opinion poll of likely midterm voters in Florida found that in a hypothetical Republican presidential campaign between former President Donald Trump and Gov. Ron DeSantis, 48% of likely GOP presidential voters in 2024 would vote or lean toward supporting DeSantis while 40% would vote for or tend to support Trump.

“This doesn’t necessarily mean that DeSantis would be a leader in every other GOP primary state,” noted David Paleologos, director of Suffolk University’s Policy Research Center United States today. “But it’s a data point that suggests a shift in GOP voter preferences, away from Trump and towards DeSantis from Republicans, who know both potential combatants quite well.”

Although Trump has yet to make an official announcement, it is widely expected that he will run again in 2024. The former president did said that he believes he would win even if DeSantis ran.

Democrat Charlie Crist, who previously served as Governor of Florida from early 2007 to early 2011, challenges DeSantis. Crist was elected governor as a Republican and ran for office vain for the US Senate in 2010 as an independent. He lost He ran as a Democrat for the state governor in 2014, and recently resigned from Congress, where he served as a Democratic lawmaker in the US House of Representatives.

And in hypothetical head-to-head duels in the presidential election against President Joe Biden, DeSantis fares much better than Trump. When DeSantis and Biden went head-to-head, 52% preferred Desantis, compared to just 44% who chose Biden. But in a Trump versus Biden scenario, 47% prefer Trump versus 44% who would prefer Biden.

Another UK company to be sold as Schneider Electric, Aveva makes a deal • The Register