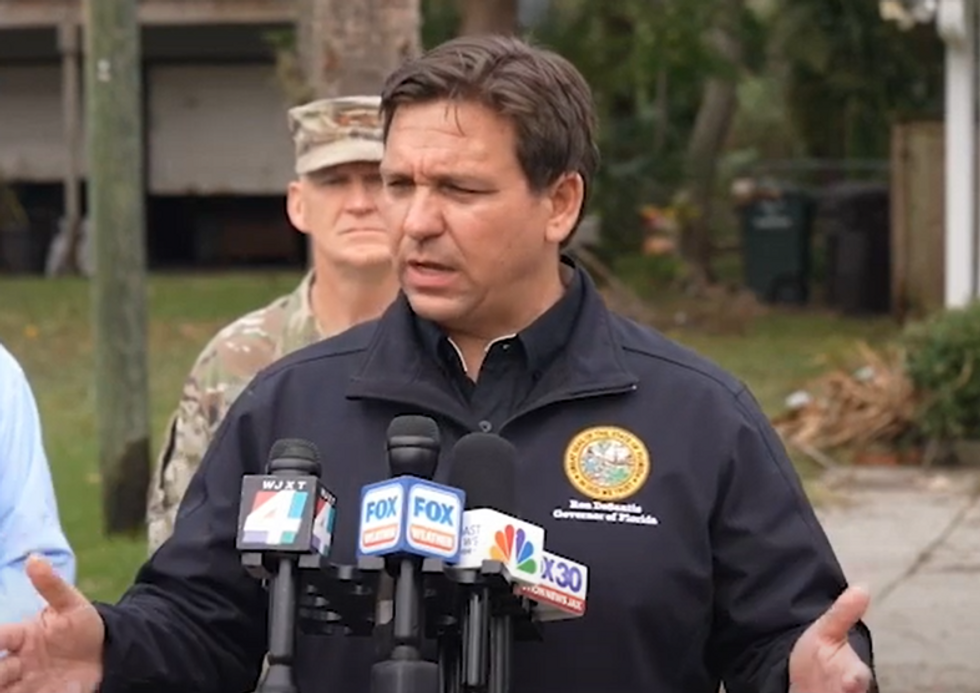 Hurricane Ian devastated areas of southwest Florida this week – leaving a trail of death and destruction in its wake. The current death toll is at least 45 people, but that number is expected to rise as search and rescue teams access areas isolated from the devastating effects of the Category 4 hurricane.

Hurricane Ian made landfall near the island of Cayo Costa with winds from 155km/h – just 2 mph less than a category 5 hurricane on the Saffir-Simpson scale. Only three other hurricanes to hit Florida were stronger: Labor Day Hurricane (1935): 185 mph, Hurricane Andrew (1992): 165 mph and Hurricane Michael (2018): 160 mph.

The monster storm reduced coastal areas to rubble and threw away yachts like toys.

However, some Floridians have taken advantage of the dire situation to loot businesses.

“Sheriff Carmine Marceno means business and has taken a zero-tolerance attitude toward looting. We patrol and you will be arrested if you engage in criminal activity,” the sheriff’s office said in a Facebook post.

DeSantis issued an unabashed warning to anyone considering looting in the wake of the apocalyptic hurricane.

“They boarded up all the deals, and there are people who have written on their plywood, ‘They loot, we shoot,'” DeSantis said said during a news conference near Fort Myers in Southwest Florida. “Ultimately, we will not allow lawlessness to take advantage of this situation. We’re a law-and-order state, and this is a law-and-order community, so don’t think that you’re going to take advantage of people who have suffered misfortune.”

Later in the day, DeSantis doubled down on his law-and-order tone during a press conference in St. Augustine — in the northeastern state.

“Let me tell you, in the state of Florida, you never know what’s lurking behind someone’s house,” DeSantis said. “I wouldn’t want to risk that if I were you since we’re a Second Amendment state. “

Florida Attorney General Ashley Moody reiterated that looting would not be tolerated.

“Florida will not tolerate looters taking advantage of Hurricane Ian to hunt down vulnerable Floridians,” Moody wrote on Twitter. “They are being arrested and I’ve asked prosecutors to request the longest possible pre-trial detention to keep them locked up so they can’t commit new crimes.”

\u201cFlorida does not tolerate looters who take advantage of the #HurricaneIan to hunt down vulnerable Florida residents. They will be arrested and I have asked the prosecutors to request the longest possible detention to keep them locked up so they can’t commit new crimes.\u201d

Lee County Sheriff Carmine Marceno warned“Don’t do it in this county. Don’t make that mistake. ‘Cause one thing we got is a job in prison. And I guarantee if you try to exploit one of our great residents, you’ll find yourself in this prison.”

Lee County Manager Roger Dejarlais stated: “To be safe, and I feel safe relaying this on behalf of law enforcement, there will be a zero tolerance policy for looting and violence in this city.”

https://www.theblaze.com/news/florida-hurricane-ian-looting-desantis DeSantis warns of looting in Florida after Hurricane Ian

"There whenever you need a helping hand"