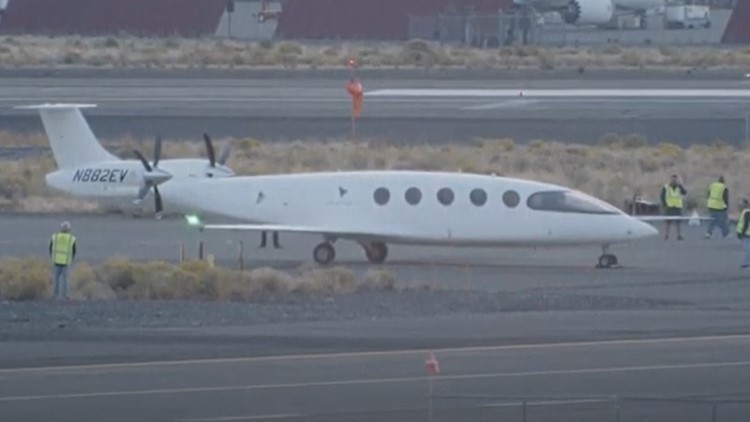 The Seattle Times reports that when the Federal Aviation Administration finally certifies the small plane to carry passengers, it could become the first all-electric airliner.

The plane, built by startup Eviation, was designed to seat nine passengers and up to two pilots and took off from Moses Lake, Washington at 7:10 a.m. Tuesday. The plane landed eight minutes later.

The company’s goal is to demonstrate that such electric aircraft can fly as commuter aircraft at an altitude of approximately 15,000 feet (4,572 meters).

Designed by engineers in Washington State and Israel, the plane will be powered by 21,500 small Tesla-style battery cells.

HOW TO ADD THE KREM+ APP TO YOUR STREAMING DEVICE

ROKU:Add the channel from theROKU storeor by searching for KREM in the Channel Store.

Fire TV: Search “KREM” to find the free app to add to your account. Another option for Fire TV is the appdelivered directly to your Fire TVvia Amazon.

To report a typo or grammatical error, please send an email webspokane@krem.com